Lauren Braxton was a member of the Braxton family who sadly died age 24 -from a heart condition.

Lauren was born to Michael Conrad Braxton Jr., brother to songstress Toni Braxton. Lauren who had tied to the entertainment industry through her famous aunt –died from complications from her heart condition, her father told TMZ.

The young woman was found unresponsive at the Braxton’s Maryland household where paramedics were called and pronounced her dead at the scene. 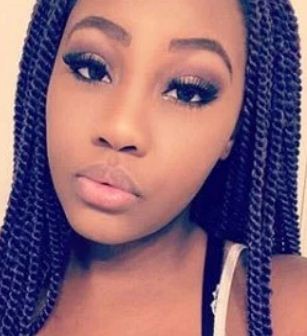 Lauren who was known as ‘Lolo’ to family and friends, is survived by her sister Ashlee, her father Michael and her aunts Toni, Traci, Towanda, Trina and Tamar. On social media she referred to her father’s sister, Traci, as her mother, and to her cousin, Kevin Jr., as her brother. Is not clear who her biological mother is.

Lauren’s father is the only son in the Braxton family, and is the second eldest of six. Toni Braxton is his older sister, and much like the members of his family, he is a musician, singer and songwriter.

He has appeared on episodes of his sisters’ reality show, “Braxton Family Values.”

Lauren who was active on social media, was close to her father, her aunts and her grandmother Evelyn Braxton. She often shared imaged of her hanging out with family and friends.

She had over 8k followers on Instagram, find her here.