Scott Foster is a veteran NBA referee who has been assigned to Game 2 between the Houston Rockets and the Golden State Warriors.

52-year-old Foster, has been a referee for over 20 seasons. However, Foster is perhaps one of the most hated referees in referee’s history by the Rockets. Check out interesting facts about him. 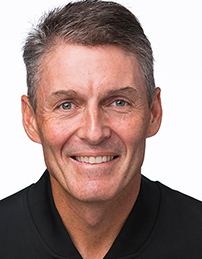 According to his official bio, he has officiated 1,413 regular-season games and176 playoff games, including 18 Finals games.

#3 He and the Rockets have a long-running feud

Foster has not worked a Rockets game since February when James Harden was fined $25,000 for his comments about the referee.

The comments from Harden came after a loss to the L.A. Lakers in which both he and Chris Paul fouled out and then had words for Foster post game.

The Rockets believe it’s a personal matter, they have lost six straight playoff games officiated by the veteran referee.

Scott was a member of the crew that officiated the 1996 Europe Tour in Germany and Spain. Foster also worked the 2010 NBA All-Star Game in Arlington, Texas.

#5 He has a favorite game memory

Foster considers his most memorable assignment to be Game 7 of the 2010 NBA Finals between the Los Angeles Lakers and the Boston Celtics. He worked the game with two of his mentors, Dan Crawford and Joey Crawford.

#6 He is a Maryland native

Scott was born April 8, 1967; in Silver Spring, Md. He attended Magruder High School in Rockville, Md. And graduated from the University of Maryland in 1983. He currently resides in Woodbine, Md.

#7 He was voted the worst referee

Back in 2016, the Los Angeles Times conducted an anonymous survey of “nearly three dozen” NBA players, head coaches and assistant coaches, who were asked to name the league’s three worst referees. The runaway winner, with 10 more votes than the runner-up: Scott Foster.

#8 He was investigated by the FBI

Foster was investigated over his relationship with Tim Donaghy, the disgraced former official. The investigation revealed no evidence that Foster was associated with any illegal activities and was publicly cleared of any illegal involvement.