Samantha’s brother was fatally shot outside his L.A. clothing store on March 31st –his death sparked major outrage from fans and entertainers alike. A man named Eric Holder was arrested on April 2nd

Samantha and her brother were close, she posted in her Instagram account a tribute to Nipsey, and in it she says, “I got Emani.” According to TMZ, that’s exactly what she’s doing. 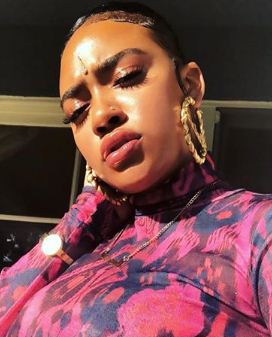 She has filed for legal docs in L.A. County Superior Court asking for guardianship of Nipsey’s 10-year-old daughter, Emani Asghedom. Apparently Samantha who has been involved in the care of Emani since she was born, believes the child’s biological mother is unable to care for the child.

She is looking “to ensure the continued stability for Emani and ensure that she will be able to maintain her current and ongoing relationship” with Nipsey’s family.

Samantha is the only daughter born to Angelique Smith and Dawit Asghedom. She grew up with brothers, Nipsey and Samiel.

Samantha who works as an esthetician, is also a mother herself. She has a young son named, Khalil. She describes herself on social media as a skin therapist and entrepreneur.

She also runs her own website, GLO by Samantha Smith —which was launched in 2018. According to her page, Samantha Smith offers a variety of services for men and women, including facials, peels, and Dermaplaning. Her services range in price from $120 to $400.

Like her late brother, Samantha is also into giving back. Smith has spent some time giving back to her community. Last year, she gave a speech at Lindbergh Stem Academy on Career Day.

She can be found under BabyyHairz on Instagram where she has over 100k followers.