Thomas McEniry, was the identity of the man killed by Las Vegas police officers in fatal shooting early this week. Police released body cam footage that shows the moment when McEniry refused to show his hands then looked like he was trying to reaching that looked like a firearm, the footage stops before he was shot eight times. Wanted for robbery and with an extensive criminal record, Thomas McEniry suffered from mental health issues that required medication which he had stopped using. 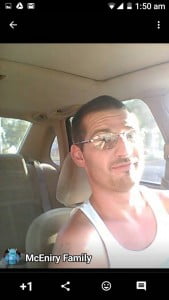 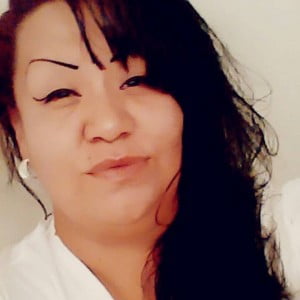 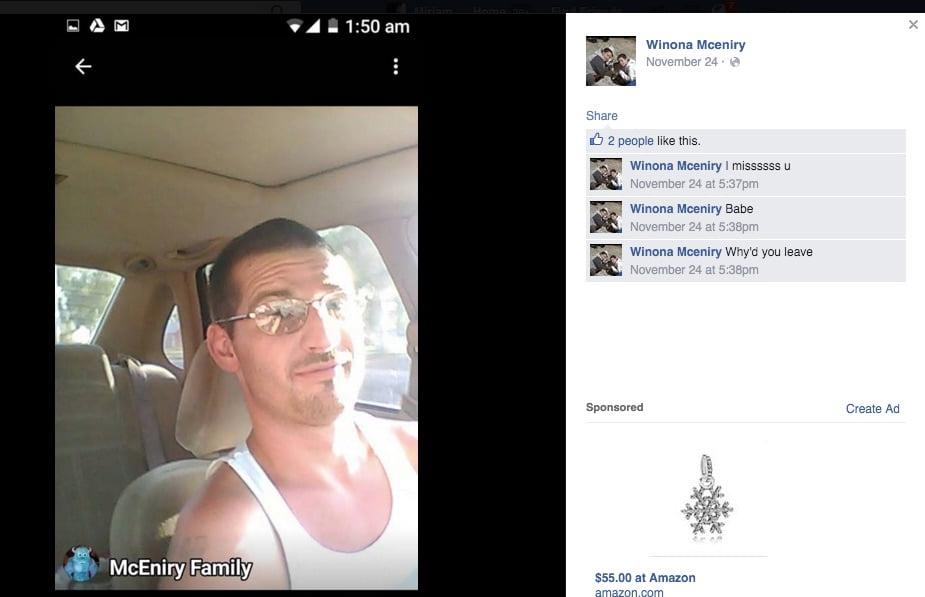 Photos on social media showed a boy with Winona, but is not known if Thomas Mceniry was the boy’s father, but then we found that Thomas was married, he and his wife had two children. This info was revealed on Homeless To Home who included Thomas’ story on their website after he finished their Home For Prisoners’ program with the help of Terry Jameson Senior Director of Community Development at United Way of Southern Nevada and Catholic Charities (CCSN). 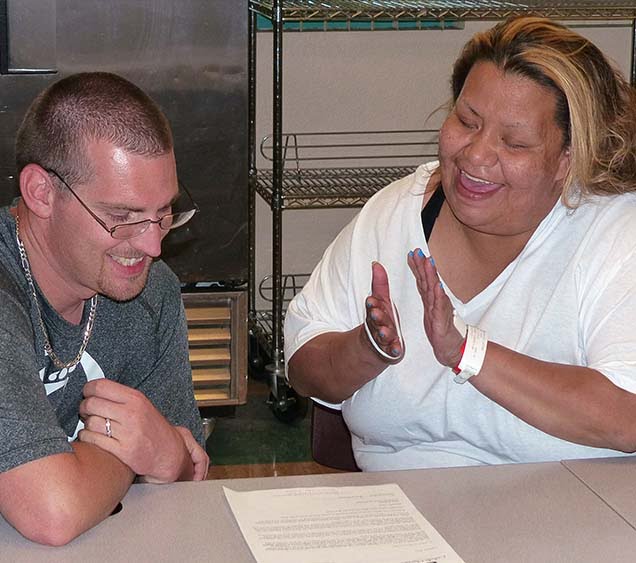 Upon leaving prison, offenders often face challenges in finding jobs, securing housing and maintaining stability. Such was the case for Thomas, who recently graduated from a re-entry program called Hope for Prisoners.

“I was getting really discouraged because I had been trying to get a job for months. I felt lost. I woke up one morning and knew I had to do something that day. I called Terri in tears and she said she was very proud of me for having the courage to call and not to give up because she was going to help,” he said.

Thomas first met Terri Janison, Senior Director of Community Development at United Way of Southern Nevada and Catholic Charities (CCSN) board member after she spoke with him at the Hope for Prisoners graduation. When he called for help, she knew right where to guide him.

“I was sent to [CCSN] and immediately there were changes. I was excited and happy. I felt a sense of freedom within myself. I think CCSN saved our lives,” Thomas said.

With Terri’s help and inspiration, Thomas was able to secure employment and now works as a sign installer. With help from the Tenant Based Rental Assistance program, he and his wife and his two children moved into a new apartment.