Riley Spitler is a 17-year-old Michigan native who was sentenced  to 20 to 40 years in prison for the shooting death of his brother, Patrick.

Following a trial and two days of jury deliberation, on March 2, 2016 Riley Spitler heard his sentence from Jackson County Circuit Court Judge John McBain, for one count of second-degree murder.

The son of Brian Spitler, Riley additionally received a two to four year sentence for possession of ********* with intent to deliver as well as a pair of two-year sentences for two counts of felony firearms. Although the conviction was contested by the defendant and his father Brian.

On December 15, 2014 Riley Spitler took his brother’s life after shooting him without no apparent reason. Officers found Patrick Spitler on the floor of his room, suffering from a gunshot wound to his chest.

After his brother was pronounced dead, Riley Spitler told detectives he had pointed a loaded gun to  his brother, but he did not expect the gun to fire. 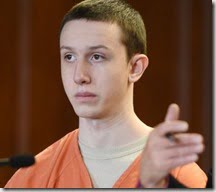 A “reddeath” MySpace profile was found with his name; though it is not confirmed the page belongs to the same Riley Spitler –a series of disturbing images can be seen of a younger boy, holding what it seems to be, toy guns and pointing the guns to his stuffed animals. The images date from eight-years-ago. 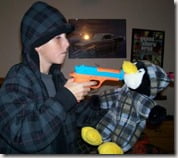 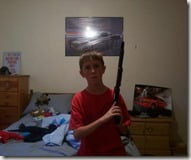 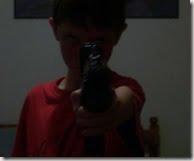 Some of the pictures are captioned “Get out of my way before a serious mess happens” in another Riley Spitler writes: “Gimmie your money”

Following a search of the family’s home, police found four handguns, a duffel bag containing four separate gallon-sized Ziploc bags and a mason jar full of ********* in his closet.

During the trial it was said Riley Spitler grew angry at his brother Patrick Spitler –who led a very different lifestyle.

While Patrick Spitler worked worked at the Jackson YMCA as a youth sports coach and a camp counselor –his younger brother, Riley dropped out of school, showed an affinity for guns, as well as smoking and selling *********.

Accoridng to the Daily Mail, Riley Spitler sobbed after he heard the extent of his sentence.