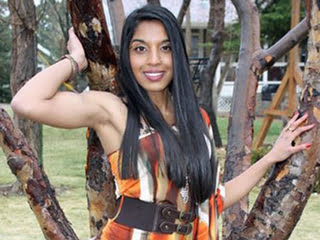 Praveen Lal never imagined that when he left his fifteen year old son and their family friend, Nerrick Galley, to watch their house while they were moving to another, would end in the tragic death of his daughter Premila.

On Friday night, Premila and a twelve year old cousin were supposed to be at Niwot Highschool homecoming football game, but instead decided to surprise the family by sneaking into the house they were moving out of. They arrived without being seen, hid in a closet, and started making noises to draw the attention of their family. Galley assumed that intruders had entered the house, and after giving Premila’s brother a handgun and arming himself they began searching through the house. When they heard noises coming from the closet, Nerrick fired, shooting the young girl. They all rushed Premila to the hospital, but it was too late, she was pronounced dead shortly after arriving.

Praveen, her heartbroken father says Premila was a ray of sunshine in their house, and an excellent student with a 3.78 average. She was planning to attend Front Range Community College where she would have studied business administration.

Nerrick was arrested on suspicion of providing a firearm to a juvenile, child abuse and reckless endangerment. He has not been arrested on suspicion of any charges directly related to the shooting. Nerrick is a close family friend, in fact Premila’s father says “he is like an older son to me”. He also hopes that Nerrick will not be charged with her death

According to Premila’s sister, Madhuri Lal, she had persuaded Galley to go to college for higher education, and that she was almost like a mentor to him. Unfortunately, he will have to live with the fact that he shot his best friend.