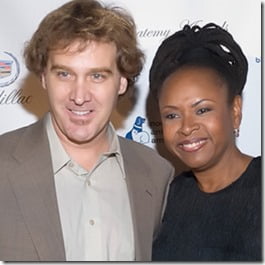 Stand-up comedian, actor, writer, comedian, voice artist, and performer that is how we describe and know Jim Florentine. He was born August 18, 1964 as James Florentino. The 49-year-old is best known for co-hosting “That Metal Show” on VH1 Classic but has been in the industry since 1992.

Florentine began his career in comedy clubs in NYC and began building his career. In 2007 the comedian asked out on a date to Robin Ophelia Quivers who was older than him and the long time co-host on the “The Howard Stern Show” where Florentine’s work had been played before. They became a couple to the shock of many but it was reported Jim later ended their relationship in an amicable way.

Jim’s career credits as an actor includes performing Special Ed and Bobby Fletcher on Crank Yankers. Florentine’s characters and talent for comedy caught the attention of personalities like Jimmy Kimmel, Adam Carolla and even worked with Eminem on a season of Crank Yankers.  That Metal Show made it’s debut in 2008 with Florentine along with Eddie Trunk and Don Jamieson. Most recently In June 2012 Jim just hosted the OMA Awards for MTV. You can find more of his work on his website here.

Now about his personal life he also dated a girl named Jade, in his mid-30s but the relationship ended tragically when se committed suicide about seven years ago. Jim knew it wasn’t a “normal” relationship but one that needed special attention since Jade was born with a chemical imbalance and had suffered depression issues most of her life.

Her death near Christmas eve was a life changing moment for Jim; he remembers the night he received a voice message from her and drove to their apartment to find a note from her and a shut door the couple never kept shot just to find what he was dreading

“God, please let her be okay. I promise I’ll be a good Christian. I’ll start going back to church again.”

But she wasn’t, when Florentine saw her on the floor she was already death. The following years he struggled to make sense of his death girlfriend, blaming himself for not being there for her. Through a friend he discovered a “shaman” who helped him understand Jade had “sent” him and that he should be happy and carry on with his life. At that point he felt like a new man and a couple of years later he met his wife and mother of his son, Luke. 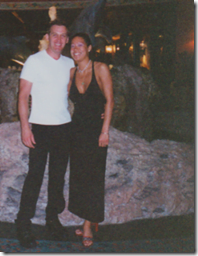 Through a dream Jim’s ex-girlfriend Jade, told him

“I’m okay, I’m out of pain now. Go tomorrow. You will thank me later.”

Talking about an invitation he had gotten from a friend to go to a concert but he wasn’t sure about going since it was Jade’s favorite band. After the dream he decided to go and that its where he met his wife Samantha Warner. At “Kids Rock” concert Jim saw Samantha, approached her and ask if she had a boyfriend, she said:

“My last ex had depression issues. I got him the help he needed, and I moved on and haven’t been with a man for a year, and I’m just looking for a nice guy that I don’t have to take care of.”

The rest is history, they married on July 15th, 2012. The actor never though he would find happiness again but firmly believes Jade sent him to that concert because his soul mate would be there waiting for him. 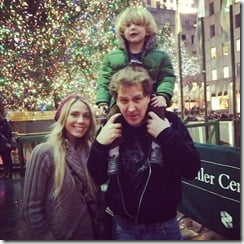