Brooke Nevils is a former TV personality and the woman accusing disgraced TV anchor, Matt Lauer -the Television host and reporter best known as a long-running co-host of the TV show, Today.

Matt had been a familiar face in morning news as the anchor of “Today” for two decades, but in 2017 his world came crashing down when he was fired by NBC News after a female colleague made a detailed complaint accusing him of inappropriate sexual behavior during the 2014 Sochi Olympics. 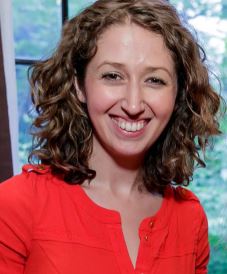 The accusation also noted that the alleged behavior continued in the workplace after the games, NBC News confirmed. Since then, two more women came forward making complaints about Lauer after he was fired. An unidentified former employee told The Times that Lauer sexually assaulted her in his office in 2001.

Brooke Nevils has identified herself as the woman from the Sochi Olympics. The lovely brunette claims Lauer grabbed her from behind and raped her in his hotel room in 2014. Ronan Farrow who interviewed Nevils, reveals a detailed account of the incident in his new book, ‘Catch and Kill’

According to her account -Brooke went to Lauer’s room after having several vodka shots, Lauer kissed her and pushed her onto the bed, ‘flipping her over’ -she was in the middle of telling him she wasn’t interested when he just ‘did it.’ According to Brooke the encounter was excruciatingly painful and left her bleeding for days.
She also reveals in the book, that she continued her relationship with Lauer after Sochi out of fear. Brooke claims she felt intimidated by the power he held over her career.

Brooke Nevils graduated from Johns Hopkins University with a double major in political science and the Writing Seminars. After graduation in 2007, Nevils moved to New York City and got a job as a page for NBC at 30 Rockefeller Plaza.
From there she went onto become a personal assistant to Today Show host Meredith Vieira for 10 months.
She was then employed as a TV producer at NBC working at 30 Rockefeller Plaza until 2018.
Her credits as a producer include several high-profile shows for NBC including “Headliners”, “90 Day Fiancé: Happily Ever After?”, and “Royal Wedding Watch.”

In addition, Nevils is an occasional writer for Woman’s Day Magazine. She contributes self-help articles and “how-to” articles on things related to money and women’s issues.
When she left NBC in 2018, she allegedly receiving a seven-figure payout.