Sarah Clarke is the proud wife of Jacob Frey -whom you may know as the mayor of Minneapolis, Minnesota since 2017.

Sarah’s husband previously served as Minneapolis City Council having been elected in 2013. The Northern Virginia native attended the College of William and Mary in Williamsburg, VA on a track scholarship. After graduating with a degree in government, he began running professionally while attending law school at Villanova University in Philadelphia, PA.
Following his graudation he settled in Minneapolis -he had first visited to run the Twin Cities Marathon and fell in love with the city.
Working as an employment, business litigation, and civil rights attorney -Jacob became involved in advocacy and was known as an active community organizer. In 2012, the City of Minneapolis awarded its inaugural Martin Luther King, Jr. Award to Jacob for his civil rights work. 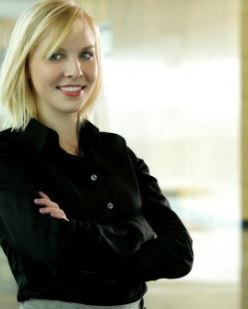 Jacob is married to Sarah Clarke, the couple lives on the Eastside of Minneapolis and let’s just say Jacob isn’t the only star at home. Sarah Clarke is a well known community organizer and lobbyist.
Clarke practices government relations with a focus on early childhood education. According to a profile, the gorgeous blonde is a Director of Government Affairs at Hylden Advocacy & Law.

Sarah Clarke was born and raised in Savage, Minnesota. She attended the University of Minnesota -where she graduated with a bachelor’s degree in political science and history. In addition she also holds a law degree.

Sarah who has laways been drawn to politics, began her career over a decade ago working on campaigns ranging from school board races to presidential campaigns. Her work with Clean Energy Economy Minnesota allowed her to further hone her grassroots and policy skills by connecting businesses with elected officials to support favorable outcomes for the burgeoning clean energy industry. In the past, she also worked with the Minnesota State College Student Association.

Sarah and Jacob first met in a high school auditorium and though they became friends they didn’t get together as a couple until years later. The two tied the knot in 2016. During an interview Sarah admitted she tried to break up with him a couple of times and described him saying:

“He’s a lot, I know. I thought, ‘This guy’s too good to be true, what’s his deal?’ “So I get it. But it’s real. This is who he is. He cares and is motivated. He’s really smart. He’s deep into policy. He doesn’t just get the talking points. He’s driven to understand these complicated issues”