This pretty brunette is Maria Laguerre; the young woman caught on video getting slapped by her harasser in Paris in front of several people. The video has caused national uproar.

22-year-old Marie Laguerre a civil engineering and architecture student at INSA Rennes in Paris, France. Early this month around 6;45 p.m. Marie was walking home when a stranger started to whistle, commented and made ***** noises at her. 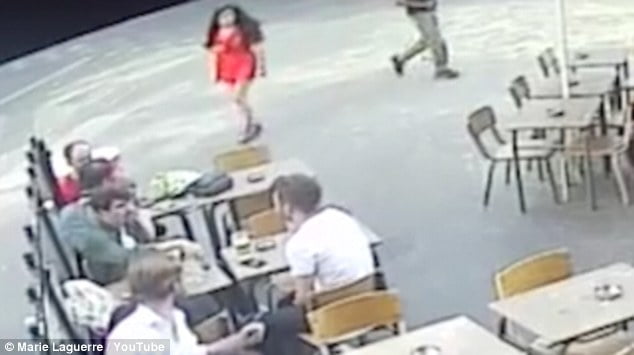 At one point she shouted Shut Up, but not only he continued, but also grabbed an ashtray from a cafe, threw it at her only missing her by inches. She had had enough, Marie stopped next to Buttes-Chaumont Park, only to have the bearded man slapping her across the face. 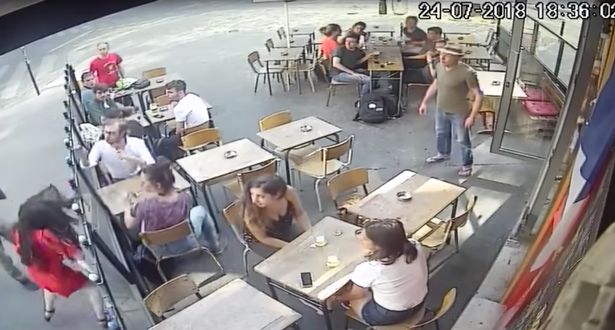 Last night, as I went home, to the boulevard de la villette in the 19th arrondissement in Paris, I met a man.
He was able to send me noises / comments / Whistles / ***** tongue, humiliating and provocative in my passage.
No luck, it wasn’t the first of the day and I was tired. So I dropped a “shut up” by drawing my way.
Because I don’t tolerate this kind of behavior. I can’t shut up and we mustn’t shut up.

It didn’t like that man. After throwing an ashtray on me, he came back on his steps and followed me on the street.

He hit me in the face, on the street, in the middle of the day, in front of dozens of witnesses.
I filed a complaint.

He’s not the only one. Harassment is daily. These men who think they’re all allowed on the street, who can humiliate us and don’t stand to be offended, that’s unacceptable. It’s time for this kind of behavior to stop.
#NousToutes

Felt hatred, refused to be demeaned, it was humiliating.

I refused to look down, looked him right in the eyes, was not going to apologize.’

‘I was in pain, but it happened in a few seconds so did not realise it right away,’ said Marie. 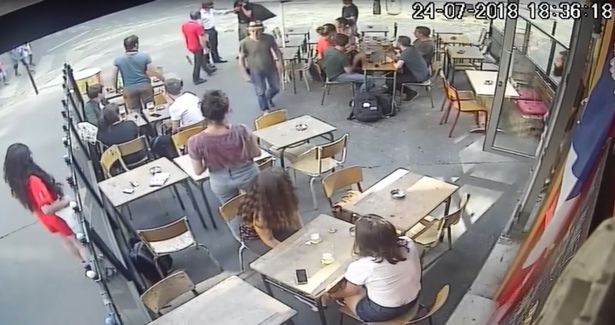 Not only the video is shocking, but people criticized the people at the cafe for not doing enough for her. Although Ms, Laguerre took to Facebook and posted the following on their defense.

“To all those who say that witnesses have not reacted enough: everything happened very quickly and they did not have time to understand the situation. The attacker was dangerous. After the assault, I came back and witnesses were of great support, thank you for not lynch them.”

Moreover, Maria hopes her story, helps other women who suffered from harassment and violence.