Maria Mena is the high school sweetheart of NY bomber Ahmad Khan Rahami. Mena, now a 26-year-old woman, could have never imagined that her once boyfriend would someday become a major criminal.

Truth is Maria Mena and Rahami will forever be linked. She is also the mother of Rahami’s daughter, now a nine-year-old girl. The former childhood couple met while attending Edison High School.

Maria Mena gave birth to their daughter while still in high school. She made headlines this week after she requested sole legal and physical custody of the child –which she was granted. The move comes following Rahami’s arrest.

However Mena –who cited Rahami’s arrest and “possible terrorist activities” as the basis for her petition –was denied her request to change the minor child’s name.

Her ex-boyfriend and baby daddy, is believed to be behind two bombings and one attempted bombing in New York City and New Jersey over the weekend. Rahami was arrested Monday in a shootout with police in New Jersey. 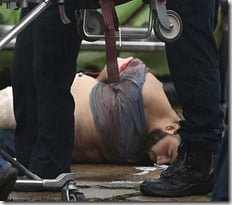 According to reports, Maria Mena 26, is of Dominican roots. She also revealed she hasn’t had contact with Rahami since January.

It’s pretty clear Mena and the father of her child are far from having a good relationship. In the past she accused him of being a deadbeat dad who refused to pay his child support.
According to court records, Rahami owed Mena more than $3,000 in child support, as of last year.

She has filed at least seven claims against Rahami for more than $6,800 in child support starting in 2008. 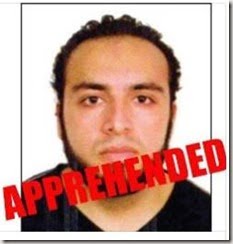 According to the Daily Mail, their relationship was not accepted by Rahami’s father since the begining. Following the birth of their child, Mena saw less and less of Rahami who was often sent to Afghanistan by his father.

Mena remembers from their time together, Rahami’s comparisons between the U.S. and Afghanistan saying ‘there weren’t homosexuals in Afghanistan.’

Maria is aware that Rahami brought back a wife and child from one of his trips to Afghanistan.

Rahami is currently married to wife, Asia Bibi Rahimi. Together they have one child.

Asia Bibi Rahimi has been questioned by authorities during a recent trip to the United Arab Emirates.