Marco Brancaccia is the man who was involved in an affair with none other than married producer, Livia Giuggioli, that’s right the same Livia Giuggioli who is married to English star, Colin Firth.

Recent reports revealed that Livia and her famous husband were separated when she became involved with Brancaccia, however they are currently together. The couple has been married since 1997 and are the proud parents of two children, sons Luca and Matteo Firth.

The 48-year-old Italian admitted to her indiscretion in a joint statement with Firth following a leaked court document –revealing that in 2015 and 2016 she became ‘involved’ with Marco Brancaccia –an Italian journalist.

The longtime couple’s statement says when Livia ended their relationship, Brancaccia tried to stalk the couple. However his side of the story says he only sent two messages to her and an email to Firth telling him about their relationship. 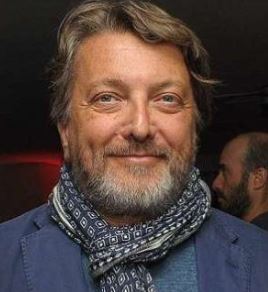 Marco Brancaccia believes Livia fabricated the stalking story and filed a complaint –in order to stop him from coming forward to the press with what she had revealed to him about her marriage and work. In a legal complaint, Giuggioli said she was living in terror and worried that Brancaccia was following her.

Mr. Brancaccia happens to be a longtime friend of the couple and denies ever stalking Giuggioli. He claims she wanted to leave Firth to be with him. 55-year-old Brancaccia is a journalist for Italian news agency Ansa.

The whole situations could be a little too familiar for Colin –whose role on the hit movie Bridget Jones’ Diary –is betrayed by Renee Zellweger’s character and she finds herself having to pick between two men. At the end they do end up together, not without a whole of drama.