Sandy Tsujihara is the longtime wife of businessman and top exec, Kevin Tsujihara.

Sandy’s husband is best known as the chairman and CEO of Warner Brothers, however reports say he is stepping down amid sexual misconduct allegations. The 54-year-old was being investigated for allegedly promising acting roles in exchange for ***.

Tsuijhara, the first executive of Asian descent to head a major Hollywood studio, led Warner Bros. to have its most profitable year ever in 2017. He had been with WarnerMedia for more than 24 years. He was named CEO in early 2013 and became chairman also in 2013.

He’s been happily married to wife, Sandy for many years. 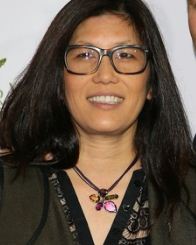 Sandy Tsujihara was born Sandra Ann Yokoyama on September 5, 1966 –the daughter of Fred and Kimi Yokoyama. She was raised with four brothers, Rick, Douglas, David and Mark.

According to an obituary, she lost her father in 2007; Fred, born Boy Yokoyama died from heart and renal failure at the age of 79.

Following their nuptials, Sandy and her husband, have raised two children together, a son, 19-year-old Matthew and daughter, 17-year-old Morgan.

Though not many more details are known about the wife and mother of two, Sandy Tsujihara has been photographed numerous times attending red carpet events next to her husband. Will she continue by her husband’s side amid controversy?