Johnnie Langendorff is the fella hailed as a hero following a high speed car chase in which he was after church shooter, Devin Kelley.

On Sunday November 5, 26-year-old Devin Patrick Kelley, opened fire at First Baptist Church in Sutherland Springs, killing 26 people and leaving 20 others, injured. Thanks to the quick action of Johnnie Langendorff, the shooter was stopped.

Seconds after Devin had carried out the most recent mass shooting in the country, he took off in his car but not without another community member, named Stephen Willeford, tried to stop him. 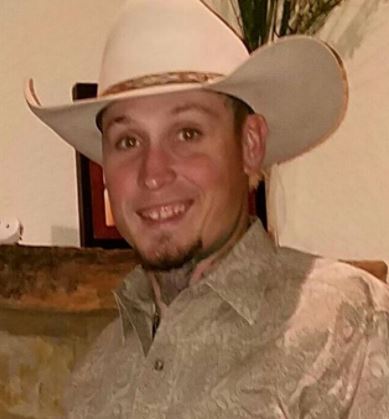 That’s when Johnnie Langendorff of Seguin, Texas, comes in. It all went down after Johnnie spotted two men shooting at each other while he drove near Sutherland Springs First Baptist Church on Sunday morning. The community member then approached Johnnie for help and he didn’t hesitate to chase after Kelley.

“I pulled up to the intersection where the shooting happened. I saw two men exchanging gunfire, the other being the citizen of the community. The shooter of the church had taken off, fled in his vehicle, the other gentleman came and said we need to pursue him. And that’s what I did, I just acted.

The two men then took on a high speed car pursuit reaching speeds of around 95 miles per hour –while talking on the phone with 911. Langendorff revealed that, as they approached Devin’s vehicle on the roadway, Kelley lost control and crashed. It all came to an end near a curve close to county roads 307 and 539 in Guadalupe County. The shooter was discovered by authorities dead in his car.

Johnnie Langendorff and the other fella, stayed until authorities arrived around seven minutes later. Since then, Johnnie has been filled with messages of thanks and praise on social media.

From his Facebook we can tell, Johnnie has been in a relationship with a woman by the name of Summer Caddell. He currently works at NAPA Auto Parts and he also happens to be a hunting enthusiast.

What do you think of Johnnie’s actions?