Emily Clyburn is the late wife of South Carolina Congressman, Jim Clyburn. The longtime couple were married for decades prior to her death.

Mrs. Clyburn died Thursday morning, at the age of 80 according to reports. Emily and her politician husband were married for nearly six decades. She is survived by husband of 58-years Jim Clyburn -a 79-year-old Democrat and the highest-ranking African American in Congress; and three grown daughters including, Mignon Clyburn -who was picked to the Federal Communications Commission by former presdient Obama.

Jim Clyburn represents the South Carolina sixth district in the House, which includes most of North Charleston. He was elected to the seat in 1992 and has held it ever since.
Is safe to say that Emily was the driving force behind her husband’s political rise, however, Jim Clyburn isnt the only star at home. Emily will forever be remembered as a fixture in the community in her own right. The 80-year-old made a career as a librarian but was also a civil right activist. 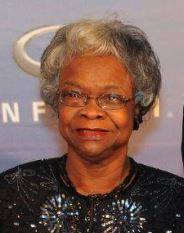 She was born Emily England in Whitesville in Berkeley County and was preceded in death by her parents, Peter and Mattie England, as well as siblings Arthur England and Mattie Mae England Wadley.
She graduated from Berkeley Training High School in Moncks Corner and later earned a bachelor’s in library science from South Carolina State in 1961. In 1977, she received a Masters in Librarianship from the University of South Carolina.

Emily was passionate about things that matter. As a longtime librarian she helped raise tens of thousands of dollars to help students afford college. As a civil rights demonstrator, she went to jail for her activism. Funny enough, Emily would end up meeting Jim Clyburn in jail after they were arrested for participating in a civil rights demonstration as students at what was then South Carolina State College in 1960. They tied the knot in 1961 and welcomed daughters, Mignon, Jenniferm and Angela.