Jon Foster is the hunky husband of actress/musician and model Chelsea Tyler -also known for being the daughter of Aerosmith’s Steven Tyler.

Chelsea and her equally musical hubby have announced they will welcome their first child next February. She was born to Steven Tyler’s second wife Teresa Barrick in 1989. Her siblings include Liv, model Mia, and actor Taj Monroe.

Chelsea who was born as Chelsea Anna Tallarico -began her career as an actress. According to her IMDb page, she had roles in Lizzie McGuire (2001) and Aerosmith: Fly Away from Here (2001). She has been married to Jon Foster since June 20, 2015. The pair tied the knot that June with an intimate celebration.

She and her husband perform together in the electronic soul band Kaneholler. The two have released two successful EPs. She first began performing as a member of the Kaneholler duo in 2011. 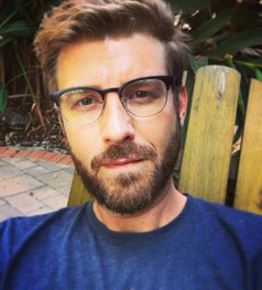 Jon Foster doesnt need much of an intro. The handsome actor and musician was born August 3, 1984; and is the younger brother of actor, Ben Foster. His paternal grandfather Frank Foster, was a prominent senator and judge in Boston, Massachusetts.
Like his wife, Foster is also an actor and has dabbled in modeling. The Boston native is known for appearing on The Door in the Floor (2004), the horror film Stay Alive (2006), the thriller Brotherhood (2010), and the drama Rampart (2011).
Jon, the son of restaurant owners Gillian and Steven Foster -started off in a local Iowa theatre and eventually furthered his career in Los Angeles with lead roles on television and on the big screen. According to his IMDb, in addition to acting and music, Foster is also into extreme sports. He has spent extensive periods practicing mixed martial arts and boxing.
Prior to his relationship with Chelsea Tyler, Jon dated his co-star Sophia Bush.
Find Jon Foster on Instagram here.