Guadalupe Rodriguez is the lovely and supportive mother of actress, singer, producer and businesswoman, Jennifer Lopez.

There’s a good chance you’ve seen her before, Gudalapue Rodriguez and super famous daughter JLo hang out all the time –they are one tight mother-daughter duo.

Reason why, JLo –and any protective daughter really –was angry when paparazzi swarmed in and accidentally hit her mother on the head. The lovely Guadalupe Rodriguez was accompanying her daughter in NY and were outside Sirius Radio –when the incident took place. Like a true sport, the always charming Mrs. Rodriguez kept on marching next to her daughter.

Puerto Rican native Guadalupe Rodriguez and husband, David Lopez –welcomed three children including JLo –who is the middle child. They are also the proud parents to two other daughters, Lynda and Leslie Lopez. Daughter Lynda –is an Emmy awards journalist with a career in both radio and TV. 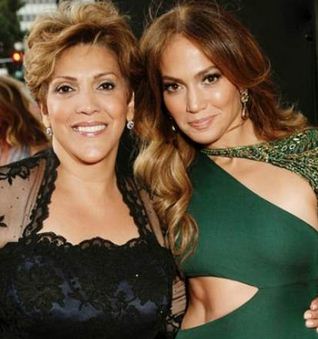 Guadalupe also known as ‘Lupe’ –sold Tupperware and is also a former school worker. As a former teacher, she believed in getting a proper education and initially bumped heads with her daughter due to her career choice. JLo had to move out of the house but they eventually patched things up.

JLo isn’t the only millionaire in the family. A few years ago it was revealed by JLo herself that her beautiful mom had won $2.4 million by gambling in New Jersey.

JLo described her mother a big gambler, and also spoke about the moment her mother called her to give her the news saying “Ma, what’s wrong?” and she said, “I won $2.4 million.” ‘She started screaming at the top of her lungs. Crazy. And I was like, “What?” On the slots of all things.’

Lupe Rodriguez who is also a proud grandmother, has been key in helping Jennifer with raising her twins, Max and Emme.