Igor Zinoviev is a former UFC fighter turned bodyguard who is known for working for disgraced fancier, Jeffrey Epstein who died of apparent suicide last week.

Igor’s former boss was arrested in July 2019 on several serious charges. He was believed to be running a network involving underage girls. Epstein died while awaiting trial in a New York prison on August 10. If convicted Epstein could have faced up to 45 years in prison.

Igor Zinoviev is a Russian mixed martial artist and former UFC fighter who was associated to Epstein for years. Back when Epstein served time, during his stint in prison in 2008-09, he received a number of visitors, among them Zinoviev who was described at the time as his driver. 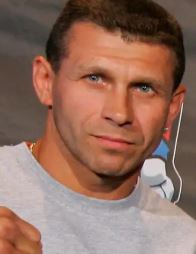 53-year-old Zinoviev grew up in an impoverished St. Petersburg family. He served in the Red Army commando but moved to the United States following the fall of the Soviet Union. While in the US he discovered the world of ultimate fighting.
After taking a handful of illegal bare-knuckle boxing fights in warehouses across Brooklyn and Queens, he joined the Extreme Fighting championship in 1995. Later that year, he took part in a one-night tournament that saw him defeat Mario Sperry, a Brazilian jiu-jitsu champion and one of the founders of Brazilian Top Team, who trained the likes of the Nogueira brothers and Ricardo Arona. Zinoviev, a massive underdog at the time, was crowned Extreme Fighting Middleweight Champion.

Igor Zinoviev went on to defeat the likes of Enson Inoue before suffering draws against John Lober and Osami Shibuya in Pancrase.
But in 1998 on UFC 16, Igor was up against Frank Shamrock who scooped up Zinoviev, adjusted his body for maximum damage velocity, then drilled him into the canvas like a fence post. As a result, Zinoviev’s collarbone truned to powder forcing him to an early retire. Zinoviev who never fought again, retired with a 4-1-2 professional record.
Since then, Zinoviev has turned to a number of jobs such as personal training, stunt work, and body guarding. He even served as the coach for one of the International Fight League (IFL) teams, the Chicago Red Bears. 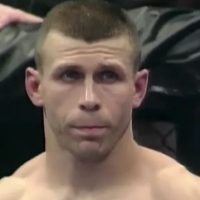 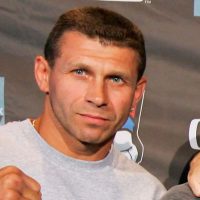 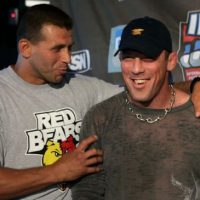 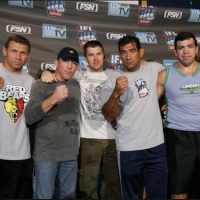 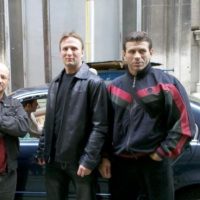 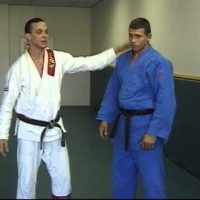 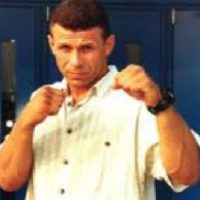