You may have never heard of Weiss or his girlfriend Jan Svendsen before but during the 70th Primetime Emmys on Monday, 57-year-old Weiss took the opportunity to propose to Jan during his acceptance speech.

Weiss, who won the Emmy for outstanding directing for a variety special for his work on the Oscars, is also known for his work producing the Tony Awards. That leaves the question, who exactly is Jan Svendsen? 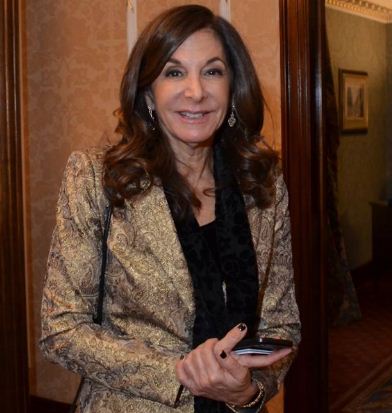 #1 She works for the Charity Network

According to her LinkedIn, Jan Svendsen is listed as the current Chief Creative Officer for the Charity Network and has been for just under a year, having worked at the same company as the Chief Marketing Officer for over a year previously.

#2 She worked for nearly two decades at The Broadway League

Jan spent over 17 years at The Broadway League, where she conducted most of her work in the role of Director of Marketing and Business Development and Chief Marketing Officer, overseeing how Broadway was marketed and branded in New York and across North America.

#3 She has under her belt producer credits

#4 She worked for the Tony Awards

Jan was also the Chief Marketing Officer for The Tony Awards and collaborated with producers to bring national attention to Tony Award-nominated Broadway shows and Tony Awards partners and sponsors.

#5 She began her work in advertising

#6 She attended college and holds a master

#7 She is the mother of three daughters

Jan is the proud mother of three daughters from a previous relationship. One of her daughters Lina, has an unspecified disability and can’t communicate nor take care of herself.

Her longtime beau, Glenn Weiss is the proud father of two daughters ages 17, and 21.

#8 She is a California native

Janis Friedlander Svendsen was born October 9, she is originally from Los Angeles and currently resides in New York.

#9 She met Weiss while working together

Weiss and Svendsen run in the same circles, and he has directed the Tony’s 16 times. They gushed that they met in 2001 while working on the Tony Awards and have been together since.

#10 She was close to Weiss’s mother

Weiss popped the question with her late mother Helen Weiss’s ring, and also added that his mother who died just days before the event, loved her.