Amber and her husband have announced through social media the tragic loss of their youngest child, River Kelly Smith. The couple communicated River -who turned three in May, suffered an accident and that despite doctor’s best efforts he was unable to revive.

Amber and Smith are also the parents to 7-year-old daughter, London and 5-year-old son, Lincoln.

Born Granger Kelly Smith on September 4, 1979; the Texas native has been active in the music world since the late 90’s. While attending Texas A&M, Granger completed his first album, 1998’s Waiting on Forever, during his freshman year. He self-released five more studio albums.

However, it wasn’t until around 2015 that he had his breakthrough with the release of three consecutive Top 20 country hits: “Backroad Song,” “If the Boot Fits,” and “Happens Like That.”

Granger has released nine studio albums and has performed at the White House three times, he even traveled to perform for soldiers in Iraq and Kuwait in 2008. 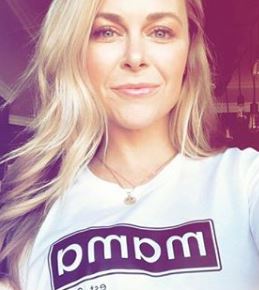 He met wife, Amber -on the set of his music video ‘Don’t Listen to the Radio (DLTR)’ They have been married since 2010.

Amber Emily Bartlett was born November 16, 1981 in Tarrant County, Texas. She holds a B.A. in Broadcast Communication/News and a Minor in Sociology from the University of Texas at Arlington.

Following graduation, she pursued a career as an actress and model. She has done both print and commercials gigs in addition to TV and film. The blonde, blue-eyed stunner has had roles in Beneath the Darkness, Monsterwolf, Hot Air, Sunday, Wonderland, Wales Manor and Earthling. She’s also had recurring roles in American Crime and Dallas.

The wife and mother certainly keep busy caring for her family; however, she stays active on social media, often sharing photos of her man and her children.