Charli XCX, the British pop star is the talk of everybody with a new song ‘Dream Glow’ a colab between her and BTS. And that’s not all, she’s also debuted a new song with Troye Sivan titled 2099.

The 26-year-old has been enjoying quite the ride, she rose to fame following the release of the 2008 hit singles, “! Franchesckaar!” and “Emelline.”

In 2008, she posted songs from her first album on her MySpace page. She then released the albums True Romance and 14 and was nominated for a Teen Choice Award.

Born Charlotte Emma Aitchison, she is best known under her stage name, Charli XCX. She was born to parents Jon and ShameeraAitchison of mixed ethnicity. She attended the Bishop Stortford College as well as UCL’s Slade School of Fine Arts but could not complete both times.

The singer has been fairly quiet about her love life; however, she’s been in a number of relationships but seems to be single at the moment. Let’s relive some of her crushes. 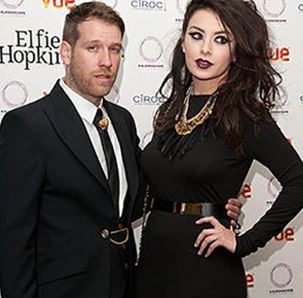 Ryan who was born October 8, 1981; is a Welsh film and music director and production designer.

Ryan -who is her senior by 11-years; dated Charli and the two were together for a while but broke up about two years ago in 2017. Ryan even directed some of Charli XCX’s videos.

In 2015, she spoke during an interview about an ex-boyfriend; saying that during the Bonnaroo festival, her ex had taken acid with Billy Idol. At the time she described the whole scene as ‘quite funny’

And that’s about it, other than that Charli XCX is not currently dating anyone that we know of; or like her usual Charli fashion, she’s keeping down low. Like we said before the Brit stunner enjoys her privacy and is not the one to talk into details about the men in her life.