Tom Mahoney is the husband of TV/ film actress, Marcia Cross -best known for her role on the hit series Desperate Housewives.

Tom’s wife was diagnosed with **** cancer over a year ago and recently said in an interview doctors believe her cancer is related to her husband’s throat cancer.

The Marlborough, MA native born Marcia Anne Cross on March 25, 1962; graduated from Julliard School with a B.F.A. in Acting. She began her career appearing on daytime soap operas before making the move to primetime TV.

She had roles in The Edge of Night, Another World and One Life to Live. However, she gained much notoriety after giving life to perfectionist Bree Van de Kamp on the hit series Desperate Housewives -for which she earned a Screen Actors Guild Award.

Cross is also known for playing Dr. Kimberly Shaw in the ’90s series Melrose Place, prior to her success in Desperate Housewives. 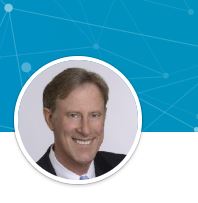 She’s been happily married to Tom Mahoney for years. Prior to her marriage she was in a longtime relationship with actor Richard Jordan who was 25-years her senior.

Tom Mahoney and Marcia Cross tied the knot on June 24, 2006 at San Gabriel’s Church of Our Saviour Episcopal parish in Pasadena, California. At the time she was 44-years-old and he was 48; it was a first marriage for both.

61-year-old Tom Mahoney is a stockbroker, he and Cross welcomed fraternal twins, Eden and Savannah in 2007.

Two years after their nuptials in 2009, Tom was diagnosed with throat cancer. Both Tom Mahoney and Cross are now cancer free.

According to his LinkedIn, Tom Mahoney obtained his BBA in Finance from the University of Wisconsin-Madison. He also holds a Master of Business Administration from Pepperdine University and a Private Equity and Venture Capital certificate from Harvard Business School.

He worked as an investment advisor at Kidder Peabody and is the former Vice President at Donaldson, Lufkin & Jenrette. Tom is the co-founder as past president of CAIA Los Angeles. He is currently listed as a financial advisor at UBS Private Wealth Management.