Anastasia’s beau is best known for organizing Fyre Festival, the VIP party that turned into a nightmare and instantly became infamous when hundreds of attendees were left stranded in the Bahamas.

Born Williams McFarland, a New Jersey native; he ended up pleading guilty to wire-fraud charges in relation to Fyre Festival and sentenced to six years in prison last October. He was also ordered to forfeit $26 million. He is due to come out of the can around 2023.

McFarland has been a hustler to say the least, infamous for the Fyre Festival disaster, this wasn’t the first time he was under scrutiny for questionable businesses. 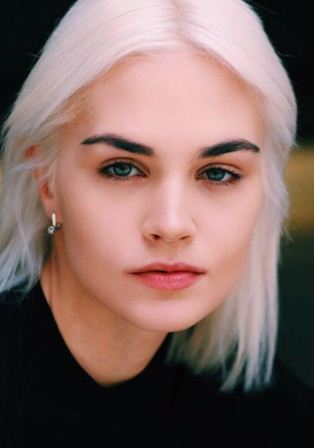 At only thirteen years old, he founded his first company, an online business that matched clients with designers. He briefly studied computer engineering at Bucknell University and after ditching classes altogether, he started his next business venture: Spling, an online ad platform. By the time he was in his early 20’s he began making a buzz with Magnises –an elite club for New York millennials, which was accessed with the club’s black card. Next stop, Fyre Festival, a live music festival that would take place in the Bahamas over two weekends at the end of April and May 2017.

You’d think there’s no way he could be in a romantic relationship while being in jail. Think again.

According to Hulu’s documentary Fyre Fraud, Billy is dating Russian model, Anastasia Eremenko. Believe it or not, the two met after the festival disaster unfolded.

The blonde, pale skin stunner was born in 1990 in Rostov-on-Don, a city in southeastern Russia. She made the moved to the States when she was a teenager. She lived in Delaware and received an M.B.A. from Goldey-Beacom College. Following college she signed a modeling contract.

Eremenko has since graced the cover of Elle Bulgaria and appeared in ads for brands like Guess and Balmain. According to her LinkedIn, she is represented by Silent models and is a brand ambassador for Mable and Hay straws.

Anastasia Eremenko is currently based in New York but as a model she travels all over, Paris, Copenhagen, Hamburg, Mexico City and Stockholm.