Sanchez Lopez –a 32-year-old Mexican–currently in jail, was an open book during El Chapo’s trial. She took the stand in Federal District Court in Brooklyn earlier this week, and gave details not only of the nature of their relationship but also described the elaborate steps she took to deliver and launder drug money when she joined the Sinaloa operation.

Lucero Guadalupe Sanchez Lopez pleaded guilty to federal drug charges in Washington D.C., after being arrested in the U.S. in 2017. She is awaiting sentencing and faces life in prison. 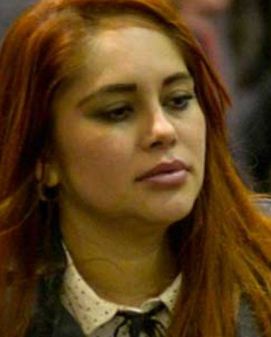 She was arrested as she tried to cross a bridge from Tijuana, reportedly to seek political asylum. She said she feared for her life in Mexico after receiving death threats. What Lucero Guadalupe Sanchez Lopez didn’t know is that she was under investigation. Sanchez Lopez was charged in a San Diego federal court with conspiracy to distribute cocaine.

At age 22, Lucero Guadalupe Sanchez Lopez entered the drug world, she met El Chapo back in 2010 and quickly became his lover. She happens to be a former lawmaker who at 24, became the youngest legislator from the Mexican state of Sinaloa.

Simultaneously, she would look for ********* for her boss and lover, describing her role in the drug organization as “collecting ********* in the mountains of Durango, Sinaloa.” She revealed the ********* shipments she handled grew to more than 400 kilos.

Lucero Guadalupe Sanchez Lopez said she would speak and text on phones that were swapped out every two weeks or so, to avoid detection. She also revealed her mistake was to fall in love with El Chapo, who is 32-year-her senior.