Jaime Gardner is the lovely wife of Senator Cory Gardner -who currently serves as the junior Senator for Colorado since 2015.

The Senator who has kept a low profile and tight lip every time someone mentions president Trump’s impeachment -lives in Yuma with his lovely wife, Jaime and their children.
Jaime Gardner attended Thornton High School, graduating in 1997. She then headed to the University of Denver where she obtained a BA International Studies. She’s worked in the communications and public relations field for decades. The lovely political spouse has both government agency experience and private industry experience. 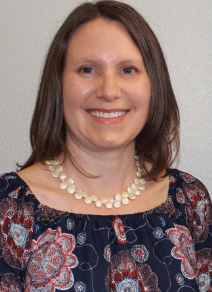 She began her career as a project manager for Lucent Technologies, a year and a half later she landed a job as Executive Assistant to Senior Advisor to the Secretary for Alaska Affairs. She was later employed in different capacities at the Bureau of Land Management for over five years.

According to her LinkedIn, in 2013, she became the president/executive director at Consumer Energy Education Foundation. Prior to her current post as Principal at High Plains Communications, LLC; she worked at Colorado Resource Alliance as Executive Director.

In addition to her career, Jaime Gardener is also the mother to three children. She is the proud mom to daughters Alyson and Caitlyn and to son, Thatcher.

In 2018, the spouse and mother was said to have received a gruesome video showing a beheading; this after her husband, Senator Gardner voted ‘yes’ on Brett Kavanaugh’s nomination to the Supreme Court.