Colton Underwood has been revealed as the new fella willing to put his heart out on the line and try to find love on TV.

Underwood has signed up to be the next Bachelor on the ABC hit show. In fact filming just wrapped and the former pro athlete even shared a photo of his new lady –meaning he succeeded in finding his true love, alright let’s not get carried away here, only time will tell if his new found relationship will last.

In the meantime, let’s get to know him better. Check out below his top facts. 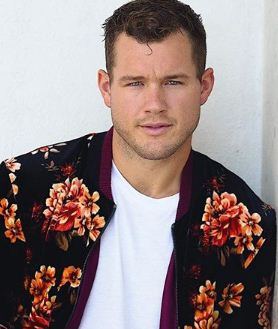 #1 He hails from Indiana

Colton was born January 26, 1992; in Indianapolis and grew up in the small town of Washington, Illinois.

#2 He played football in College

The Undrafted free agent tight end, signed with the San Diego Chargers in 2014. He was also a member of the Eagles and Raiders off-season squads between 2014 and 2016.

#4 This is not his first time on the Bachelor franchise

You may remember Colton Underwood from season 14 of The Bachelorette –as he tried to charm Bachelorette Becca Kufrin, however he was sent home. He also tried his luck while on Paradise but left alone around week five.

Colton opened up about being a virgin on The Bachelorette saying “I’m going to live my life and do what I’ve always done,” “[Being a virgin] needs to be normalized; it’s just who I am and what I believe in. I hold a lot of value in it and I hold it to a high standard. I’m just waiting for the right heart.”

Colton was in a relationship with gymnast Aly Raisman –before calling it quits in 2017. Most recently he was romantically linked to Paradise contestant, Tia Booth.

#7 He wasn’t received very well as the new bachelor

Underwood was announced as the new Bachelor for season 23, back in September. According to reports, most people believed he was not ready for commitment and that Blake Horstmann or Jason Tartick were better options.

#8 He is an advocate for Cystic Fibrosis

He established the Colton Underwood Legacy Foundation –a charity for cystic fibrosis, something that his six-year-old cousin was diagnosed with as a baby.

#9 He has seven siblings

Colton’s parents are divorced and as a result he has a blended family with his seven siblings, father and stepmother, and mother and stepfather.

Colton has a love for dogs and owns two rescue dogs. He often hikes through the Colorado Rockies with them.