Cesar Altier Sayoc is the man who has been identified as the primary suspect in a mail bombing spree aiming at major political figures.

Sayoc was arrested following a number of bomb threats across multiple states, all of them addressed to prominent Democrats, Trump critics and the news network CNN.

Check out below his top ten facts. 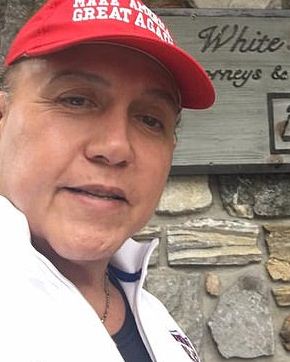 #1 He was arrested on Friday

Between Thursday and Friday authorities have been intercepting suspicious packages bringing a total to 14 –addressed to among others, James Clapper and Senator Cory Booker.

#2 He is the owner of a van containing dangerous mail

A van impounded in Paradise, believed to be Sayoc’s, was covered densely with stickers expressing pro-Trump sentiments and denigrating prominent Democrats, including Hillary Clinton and Barack Obama, who were among those who had pipe bombs addressed to them this week.

#3 He attended college in North Carolina

56-year-old Sayoc attended Brevard College where he was listed as a member of the soccer team, according to a yearbook from the North Carolina school. He is currently a Florida resident.

#4 He’s been active on social media

Social media profiles that apparently belonged to Sayoc were filled with conspiracy theories and antipathy toward liberals. The Washington Post notes.

#5 He claims to be Native American

According to a picture posted on his social media page, he is a member of the Seminole Tribe of Florida.

#6 He is known to police

Sayoc, who was previously known to law enforcement officials, has been arrested nearly a dozen times in Florida, including a 2002 arrest for making a bomb threat. His criminal record in the state extends to the early 1990s, starting with his arrest for larceny at the age of 29, according to state records. Other charges of larceny, grand theft and fraud would soon follow across the southern part of the state.

#7 He was previously arrested for making a bomb threat

In the 2002 bomb threat case, Sayoc pleaded guilty to the felony without a trial and was sentenced to probation, the records show.

#8 He filed for bankruptcy

He declared bankruptcy in 2012, according to a court filing that said he lived with his mother at that time.

According to a lawsuit Sayoc said he had been a manager at a strip club called Stir Crazy for 35 years. In that same deposition, Sayoc claimed that he was also a pro wrestler, a Chippendales dancer, a professional soccer player in Milan, and an arena football player in Arizona. His LinkedIn profile also claims his desire to become a Horse Doctor.

#10 His DNA was found on one of the packages

A law enforcement source told CBS News that DNA evidence on one of the 12 devices sent out played a part in leading investigators to Sayoc.