Brittany Bell’s on and off boyfriend was born October 8, 1980. Cannon is best known as a rapper, actor, comedian, entrepreneur, record producer, radio and television personality. He is the current host of TV show, America’s Got Talent.

Cannon –who is the father of twins with ex-wife –Mariah Carrey told during an interview with the Breakfast Club on Thursday, he has a baby on the way with Bell. 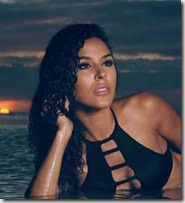 Bell is a Guamanian-American actress and former Miss Arizona USA. As you might imagine, she already has a decent following on social media.

The model and actress is said to be about six months pregnant and has shared photos during the pregnancy on her Instagram page.

She and Cannon dated on and off following his December 2014 split from Carey. Funny thing is, the Wild N’ Out host and the brunette beauty are not together anymore.

One thing is for sure, Cannon certainly has good taste in women. 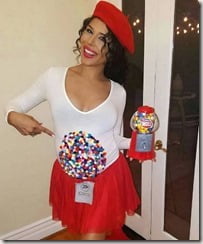 The gorgeous pageant queen was born, Brittany Mesa-Bell on November 9, 1987. Following her success at the 2010 Miss Arizona USA pageant title, she competed in both the Miss USA and Miss Guam Universe pageants, winning the latter beauty contest.

She is also famous for her three-year career as a dancer for the NBA team the Phoenix Suns.

The 5’ 9” stunner was born of her mother’s Chamoru heritage combined with her father’s Native American/West Indian/African American mix.

According to her pageant page, Bell keeps busy working on her Give A Kiss Foundation –which focuses on cancer patients and for which she is a co-founder.

On her LinkedIn, Bell is listed as the co-owner of Be Blushed, a make-up and hair services firm. She is currently based in Los Angeles.

As a model, Bell is represented by Ford Models. She also currently works as an Indian Fusion Dance Performer for Bollywood Step Dance.