Kayla Hackett is the ashamed wife of Arkansas’ police officer, Cebron Hackett -who was recently suspended from his policing job.

Kayla’s police officer husband received a suspension following a rather embarrassing incident. Hackett who is an officer in Conway, Arkansas got drunk to the point of dancing naked in front of others while at a bar. As a result of the incident which took place last month, he was suspended for 30-days.
According to reports officer Cebron Hackett, was having a good time at the Discovery Nightclub in Little Rock and became highly intoxicated. At one point during his wild night he was caught on tape dancing naked to “Don’t Stop Believin'” by Journey.

He stumbles around the dance floor and crashes into a table before a security guard confronts him – but Hackett, still nude, wrestles with the guard momentarily before falling to the floor.
In addition to his 30-day suspension without pay, he has been ordered to complete remedial training. 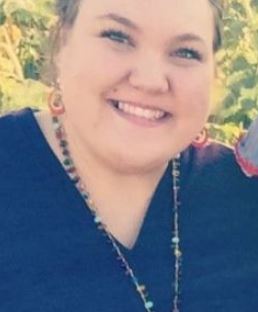 Last Christmas Cebron and his partner officer, Brittani Little -shared some images The Conway Police Department Facebook page -as they spread a little Christmas cheer in various neighborhoods of Conway.
He joined the Conway Police Department in 2015. According to the welcoming post, officer Cebron Hackett graduated from the Arkansas Law Enforcement Training Academy that same year.

Earlier this year, he and pretty wife, Kayla Hackett were featured on a Bank of England Mortgage – Arkansan -where they were congratulated for becoming new homeowners.
Is not clear how long the couple has been married, they share one young daughter named, Maya.
Kayla Hackett is a Licensed Practical Nurse at a local clinic in Conway, AR.
According to a GoFundMe page, Kayla and daughter Maya -suffered a bad car accident in 2017. The fundraiser made on behalf of Kayla, says the wife and mother sustained ‘extensive and life threatening injuries that required being life flighted to UAMS in Little Rock for emergency care’