Cara Kennedy Cuomo is one of the three daughters of politician, Andrew Cuomo otherwise known as the longtime governor of New York City.

Cara Kennedy Cuomo and her twin sister, Mariah Matilda were born in 1995 to Cuomo and then wife, Kerry Kennedy -the seventh child born to RFK and his wife Ethel Skakel Kennedy. The Kennedy Cuomo twins also have another sister, Michaela Andrea, born in 1997.

Their parents were married from 1990 until their divorce in 2005 after being separated since 2003.

Cara Kennedy Cuomo attended high school at Deerfield Academy and received her A.B. in Government from Harvard College, with a secondary in Ethnicity, Migration, and Human Rights.
According to a profile, Cara Kennedy-Cuomo is a former Associate at 17 Asset Management, a global firm that designs and manages investments aligned with the 17 UN Sustainable Development Goals (SDGs).
In 2017, she founded Boston Foods -a non-profit startup focusing of delivering healthy groceries to low-income families. 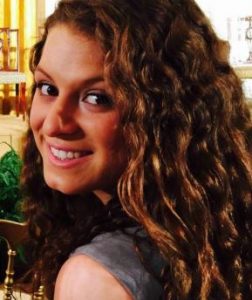 The curly haired has impressive resume, she previously lived in Rwanda, Malaysia, and Colombia while she worked for Jeffrey Sachs on international development efforts.
With RFK Human Rights, Cara has joined delegations fighting for LGBTQ rights in Uganda, environmental rights in Ecuador, and in Bangladesh and Myanmar protesting the ethnic cleansing of the Rohingya.
According the her LinkedIn, she is a partner at Sahar Global Summits -a minority owned small business that organizes and hosts invitation only summits focused on alternative investments.
She has been in her current roles as partner/head of diversity since 2019.

On Friday, her prominent father announced that one of his daughters had been in quaratine as a precaution after being exposed to the deadly coronavirus. According to reports, she spent 14 days isolated. It is believed that it was Cara Kennedy Cuomo.