Matt Colvin & Noah Colvin are the brothers who got in trouble with the law after acquiring a ridiculous amount of hand sanitizing and then trying to sell them for ridiculous prices.

Matt Colvin & Noah Colvin spent thousands not only buying hand sanitizer but also surgical masks and antibacterial wipes. The brothers hailing from Tennessee then sold some of their merchandise for around $70 each! The brothers clearly tried to take advantage of the coronavirus outbreak.

However, a state investigation forced them to donate around 17,700 bottles of hand sanitizer because of suspected price gouging by the state’s attorney general. A video has surfaced showing the two Tennessee brothers donating boxes of hand sanitizer after they were ordered to cease their selling.

Matt Colvin (pictured below) told all the deets behind his business mindset to the NY Times. Since then, he and his brothers have gone viral and have been called all kinds of not so positive adjectives. 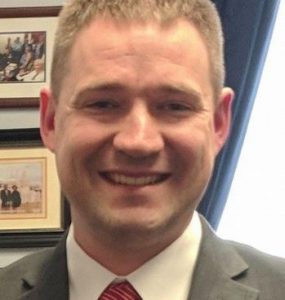 According to the NY Times, On March 1, brothers Matt and Noah Colvin set out in a silver SUV to pick up some hand sanitizer. Driving around Chattanooga, Tennessee, they hit a Dollar Tree, then a Walmart, a Staples and a Home Depot. At each store, they cleaned out the shelves.
Over the next three days, Noah Colvin took a 1,300-mile road trip across Tennessee and into Kentucky, filling a U-Haul truck with thousands of bottles of hand sanitizer and thousands of packs of antibacterial wipes.
Matt Colvin stayed home and started to list them on Amazon. Colvin said he had posted 300 bottles of hand sanitizer and immediately sold them all for between $8 and $70 each. The next day, Amazon pulled his items and thousands of other listings for sanitizer, wipes and face masks. The company warned that if they kept running up prices, they’d lose their accounts. Matt Colvin called his initial plans to hoard products for profit, a public service.

The brothers are originally from Hixson,Tenn. Matt Colvin is a married man, he and wife Brittany, have a young son named, Logan.
36-year-old Matt Colvin, is a former Air Force technical sergeant, said he started selling on Amazon in 2015, developing it into a six-figure career by selling Nike shoes and pet toys, and by following trends.