Addie Zinone is the woman who has made shocking revelations about the *** life of disgraced Today host, Matt Lauer. She is the first one to do so publicly.

Addie Zinone revealed to media she and Lauer had a month-long relationship in which they engaged in dressing room ***, all this while he was married to second wife, Annette Roque.

Addie who is also a war veteran, was employed as an NBC News production assistant while all the cheating took place back in 2000. Her story was published by Variety and added that though the relationship with Lauer was consensual, she “ultimately felt like a victim because of the power dynamic.”

Addie described hos Lauer first reached out to her in text messages that said “i [sic] hope you won’t drag me to personnel for saying this. but you look fantastic.” A month later, on July 12, Lauer wrote to her again, saying “OK…NOW YOU’RE KILLING ME…YOU LOOK GREAT TODAY! A BIT TOUGH TO CONCENTRATE”.

Addie who was 24 at the time and about to leave NBC for another job opportunity in her hometown of West Virginia said about the intimate encounters, he would tell her to meet him in his dressing room on the same day they had lunch together for supposedly professional advice. Zinone also claims Lauer tried to have *** with her in his office at NBC. Their final encounter occurred at Staples Center in Los Angeles, where Lauer was covering the Democratic National Convention. 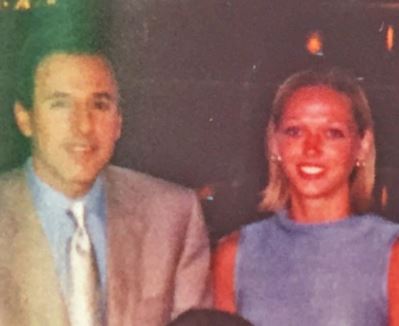 As you may have heard, the 59-year-old veteran anchor was fired at the end of November after he was accused of sexual misconduct by an unidentified woman.

Zinone said she was coming forward to “squash any doubts about the allegations from other women against Matt Lauer.” 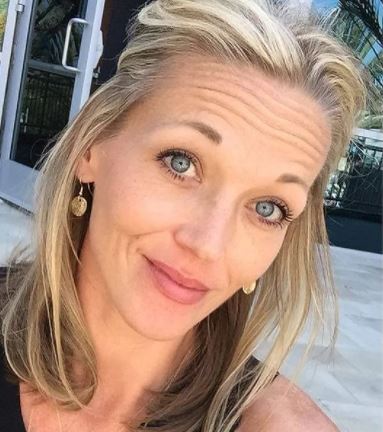 Addie Zinone was born Addie Collins, she is now a 41-year-old married woman and the mother of two children daughter Hartley and son, Hudson. She revealed what happened with Lauer was so traumatic she ended in a state of depression, quit her broadcasting job and enlisted in the army. She had landed an anchor position at WDTV Channel 5 in her hometown.

Since then, she has been deployed to Iraq as well as working as a correspondent and field producer for Access Hollywood. As a member of the Army Reserve, Addie was deployed to Iraq twice, the first one in 2003 and the second in 2008.

Zinone rose to the rank of staff sergeant and served as a public affair soldier. In addition, Zinone received the Meritorious Service Medal, Army Commendation medals and the 2007 Army Reserve Broadcast Journalist of the year award.

She was also inducted into Temple University’s Lew Klein Alumni in the Media Hall of Fame. She graduated in 1998. Aside from journalism, Zinone was also on the school’s gymnastics team.

Last year, Addie became the CEO and founder of her clothing line, Sideline Candy. She also was the founder of the charity Pro vs GI Joe.

Her husband is Greg Zinone, a former college football player whom she met after her first Iraq tour. The family of four currently resides in Newport Beach, California.