Defense lawyer Rikki Klieman has been married to Commissioner of the New York City Police Department, William Bratton since 1999.

Lovely Rikki is much more then a known legal authority, she is a TV anchor, legal analyst, trial attorney, actor and best-selling author.

She is currently a Contributor/Legal Analyst for CBS News, previously she was an Anchor at the Courtroom Television Network for 16-years. 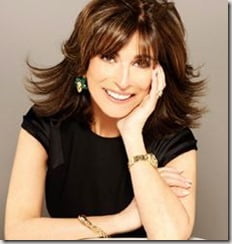 Rikki has been featured in a umber of TV networks as a legal analyst but has reached for people’s acceptance with her best selling book “Fairy Tales Can Come True – How a Driven Woman Changed Her Destiny,”

Throughout her life in Los Angeles and New York, she has been linked to a number of causes and involved in a bigger number of organizations. She has served n the Advisory Committee to the U.S. Supreme Court on the Federal Rules of Criminal Procedure, the Board of Directors of the National Association of Criminal Defense Lawyers and the Board of Visitors for Boston University School of Law.

She also serves on the Board of Directors and the Membership Committee of the Women’s Forum.

You can find a full history of her work on her page here.

She and her hubby of 16-years have no children together, however her hubby –who was married three previous times, –has one son, named David.

Her 67-year-old hubby recently explained the Police departments efforts to hire African Americans is hard because ‘so many of them have done time in jail.’