Jordan Zimmerman is the mother of health journalist, Jamie Zimmerman. Reports say her daughter –who was a reporter with ABC News’ medical unit –drowned while on vacation in Hawaii. She was 31.

Jamie’s background in television, meditation, and medicine allowed her to become an on-air health analyst for ABC news.

According to her Website, she was also a meditation teacher and author who gave lectures internationally on “meditation medicine” and living with passion and purpose.

She has been featured on ABC.com, Yahoo News, MindBodyGreen, Yoga Journal, and The Huffington Post Live.

She was passionate about global health, Jamie has lived and worked around the globe—from Belize, Haiti, among others. She organized and hosted a “Unite for Peace” event with bestselling author Marianne Williamson in New York City.

Jamie Zimmerman also did some acting, she had roles in a number of TV shows, including, 7th Heaven, Boston Public and The Practice.

Her Twitter bio reads: “Physician, author, speaker on meditation medicine and making your passion your paycheck.”

When she wasn’t working, Jamie Zimmerman loved spending time in the outdoors, whether in nature or exploring museums or simply hanging out with her friends.

Her mother Jordan Zimmerman, confirmed her death in a devastating Facebook post. Jordan Zimmerman wrote “This is a post I never thought I would have to write. It is not supposed to happen this way!” 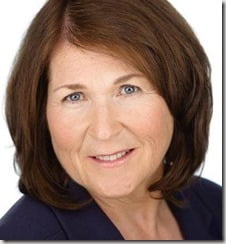 Jordan Zimmerman recounted the facts saying, Jamie slipped on some rocks at the mouth of the Lumahai River on Kauai, Hawaii and was swept out to sea. Lifeguards and paramedics rushed to rescue Jamie, but were not able to resuscitate her.

Her daughter, studied anthropology and film at the University of California-Los Angeles, earning her bachelor’s degree in 2008. She graduated from Mount Sinai School of Medicine in 2014.

For last year’s mother’s day, Jordan posted to Facebook a heartfelt recognition to her daughter

Today I celebrate #MothersDay by saluting my daughter #JamieLaurenZimmerman (aka @JamieLaurenZimm) who this week added an extraordinary milestone to her stellar resume. Jamie is a published author, educator, award-nominated actress, humanitarian, #PhiBetaKappa scholar, film producer, healer, and #mindfulness advocate. Now she is also Jamie Lauren Zimmerman, M.D., achieving the unfulfilled dream of her late maternal grandfather and becoming the first medical doctor in our family! Immensely proud of Dr. Jamie and all her accomplishments, I am humbled and honored to be her mother. My darling Jamie, I love you more than I can ever express!! You are an inspiration, and I excitedly await the next chapter in your unwavering journey to make the world a better place!! ❤❤❤

According to Variety, Jamie had recently interviewed Deepak Chopra and had planned to collaborate with him on his new project giyo.com.

Back in August Jordan Zimmerman suffered the loss of her 70-year-old brother, Michael Zimmerman, –an Army veteran –due to Acute Multiple Myeloma.

We send our condolences to Jordan Zimmerman.