Hilarie Burton is the younger actress wife of The Walking Dead actor, Jeffrey Dean Morgan. The couple has been together for several years and have a 16-year-age-gap between them.

Despite media reports, the couple is yet to be married but have said in past interviews they intend to do so in the near future.

It would be the second marriage for both. Hilarie Burton was previously hitched to One Tree Hill assistant director Ian Prange. The couple called it quits in 2009 after a five-year-marriage.

While Morgan was married to actress Anya Longwell. The couple was married from 1992 until 2003. He was also engaged to Mary-Louise Parker in 2007.

But in 2009 Morgan was set up on a blind date by friend and Supernatural co-star Jensen Ackles. On that date, he met Hilarie.

The two hit it off and the rest is history. 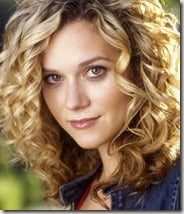 Hilarie known for her work as a former host of MTV’s Total Request Live and for the role of Peyton Sawyer in ‘One Tree Hill’ during six seasons –is also the mother of the couple’s only son. Hilarie Burton gave birth to Augustus Morgan in March 2010.

Mrs. Burton is also the stepmom to her man’s son with his ex-girlfriend and actress, Sherrie Rose. 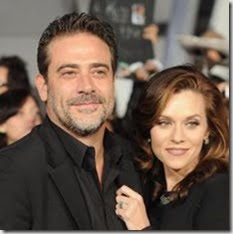 The blonde was born Hilarie Ross Burton on July 1, 1982 in Sterling, Virginia. Following One Tree Hill, Burton gained wider recognition with leading roles in the films Our Very Own, Solstice and The List.

She also starred as Sara Ellis on the crime drama White Collar from 2010 until 2013. 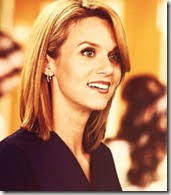 As an interesting fact, both Morgan and Burton appeared in Grey’s Anatomy. Who doesn’t remember Morgan as Denny Duquette and then Hilarie who appeared in only three episodes as Dr. Lauren Boswell.

The couple got to work together last summer when they both appeared on the CBS summer drama, “Extant,” with Halle Berry.

The couple has kept their relationship very private. They reside on a farm in upstate New York.

When not raising animals such as cows and alpacas, the couple have a very sweet job. Did you know they are co-owner of a candy store in Rhinebeck, New York called Samuel’s Sweet Shop?

Hilarie Burton confirmed in a tweet she was groped by actor and movie producer Ben Affleck. According to The Daily Beast, the shocking tweet comes in the wake of Harvey Weinstein’s alleged three decades of assault and harassment of actresses.

According to Hilarie –who shared a video in which she talks about the incident –it took place over a decade ago when she worked as a host for TRL. In the footage, she says Affleck was a guest on the popular TV show back in 2003. She can be heard saying on a clip of MTV TRL Uncensored:

At the time, Hilarie who was only 21-years-old said she had to “laugh back then so” she “wouldn’t cry.”

Hilarie spoke up praising the women who have come forward in denouncing Weinstein. Her tweet was a reply to a social media user who remembered Burton had been groped by Affleck saying

“He also grabbed Hilarie Burton’s breasts on TRL once. Everyone forgot though.”

The Twitter user had jumped in conversation after a fan tweeted that Affleck might as well have “kept quiet;” this, due to Rose McGowan’s response to Affleck’s recent statement about Harvey’s fall of grace.