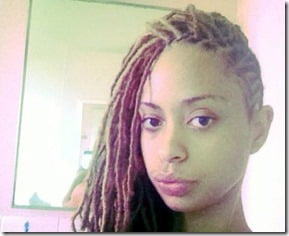 Whoa!! That was close! Now Tramar Dillard-aka-Flo Rida can sleep in peace. The woman in the picture is Gloria Halloway who sued the rapper for child support after assuring her 2-year-old baby boy had been fathered by the 33-year-old singer and song writer.

It turns out Halloway will have to look someone else to get a chuck of money since DNA tests showed Dillard to be off the hook! He is definitely not the daddy to Gloria’s little boy, guess he always had that gut feeling huh! Tramar Dillard’s lawyer stated

“Flo Rida is absolutely not the father of the child and does not expect to hear anything else on the subject.”

So who is Gloria Holloway the alleged baby mamma? We’re not sure if she qualifies as an ex-girlfriend or if she was just someone along for the ride; Flo was getting a lot of negative comments about how he was being a deadbeat dad, not recognizing his kid even more an up and walking little guy already. I know you are wondering about the little boy, a couple of months ago Gloria posted a picture of him, writing: That’s the little guy above, but apparently Halloway is a mother of three! She is the mother of two little girls, we can see on the picture below, do you think she should ask the father of her girls to do a DNA test, just to be sure?? Gloria is actually a nice looking lady and on her twitter we can see she is very into religion, posting praises that she listens to or little wisdom quotes, now we don’t know if she has always been like that and has had bad luck with guys or she just turned to God after being a single mother of three; either way good for her.

She did not make any comments about the recent findings but what is there really to say right! DNA does not lie.