Darian Weiss is the fella dating Olympic figure skater, Mirai Nagasu. His gal will be competing in the upcoming season of DWTS.

Darian’s girlfriend is well known following her performance at this year’s Winter Olympics in South Korea. She made history in PyeongChang, South Korea when she became the first American woman to land a triple axel.

She was born on April 16, 1993 in Arcadia, California to Japanese immigrant parents. She began skating at the age of five. She won the U.S. junior national title at the 2007 U.S. The following year, in St. Paul, Minnesota, she won the U.S. senior title. In 2010, she placed second at the 2010 U.S. Championships. She finished 4th place at the 2010 Vancouver Olympic Games. In 2014 she was left off the Olympic team.

Aside from her career as a figure skater Mirai graduated Capistrano Connections Academy in 2011. She’s also been taking business classes at the University of Colorado in Colorado Springs. 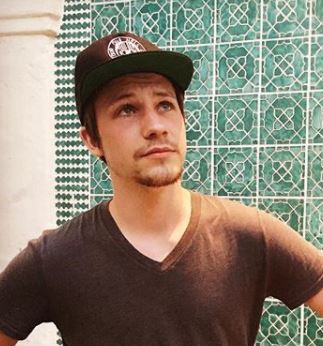 As for her personal life, the Olympic champ has been in a relationship with actor, Darian Weiss for a few years now.

According to his IMDB page, Darian Thomas Weiss is an actor who was born on November 17, 1992 in Los Angeles, California. The blonde is known for Ditch Party (2016), Days of Our Lives…and Without a Trace…,” the page reads. He got his start on the screen appearing on TV commercials when he was a toddler.

In addition to his acting, he and Mirai share a common interest, skating. Darian Weiss is actually an ice dancer. Described as an avid dancer, Weiss has been featured in films including ‘Better Luck Tomorrow’ for MTV/Paramount and Lifeline Entertainment’s ‘Return to Innocence’ directed by Rocky Costanzo.”

The California native is active on social media, where he often shares images from his gal and from his family; including his brother Alex, who has Down syndrome.