Mara Marian is the stunning girlfriend of Olympian Medal-winning luger, Chris Mazdzer. Her beau will be appearing in the upcoming season of DWTS.

Mara’s 29-year-old beau has a silver medal to his name. Back in February he became the first American man to win singles luge medal in Olympic history.  Born June 26, 1988; the Massachusetts native began to luge at the age 8 and was lucky enough to grow up next to one of the only two Olympic-style luge tracks in the country near Saranac Lake, NY.

Other achievements include 10 Individual World Cup Medals, he is a seven-time Norton National Champion; was ranked 5th Overall 2013-14 and 2014-15 World Cup seasons. Chris who expects to compete in his fourth Olympic games in 2022 –holds a degree in Business Administration/Finance and is also a member of the prestigious executive board of the Federation of International Luge. 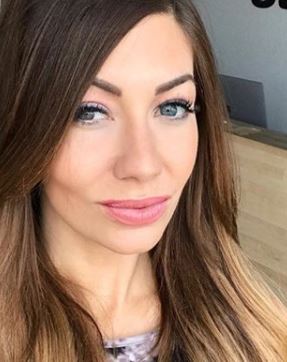 In addition to his career as an athlete it looks like Chris is also a winner in the love department. Is easy to realize it by looking at his gal, Mara Marian.

Marian is a Romanian born stunner who is the owner at Fuse Weddings and Events. According to her LinkedIn, she is an experienced destination-wedding specialist.

She opened Fuse in 2008, where she is in charge of plan and design weddings and social events primarily for destination-Utah clients looking to celebrate in Utah’s gorgeous mountains. She previously served for three years as a Director of VIP & Private Event Services at The Hotel Bar and Nightclub. From 2006 until 2009 she handled VIP clients and managed private events.

Prior to working in event planning, Mara Marian worked in retail as a sales manager for Nordstrom. Her profile further states she speaks Romanian and Spanish.

Social media photos show the couple have a strong connection. Check her out on Instagram here.