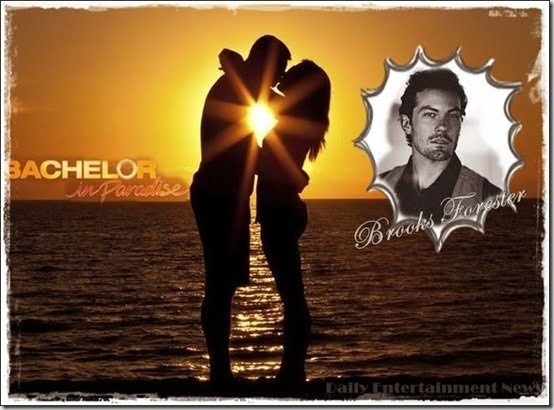 Hottie Brooks Forester is more than ready to have some fun in Bachelor in Paradise! But many don’t think he deserves another chance to make a comeback!

Brooks is well remembered after he suddenly bowed out leaving Bachelorette Desiree Hartsock heartbroken towards the end, making quite the splash during season 9.

No one saw it coming specially after he got the first one-on-one date with Desiree and since became a front runner in the competition. He made the final three, along with Drew and Chris, but had a change of heart after struggling with his insecurities about his relationship with Desiree ending in eliminating himself. The 6’ 2’’ who at the time was said to be a sales rep working at Fit Marketing, grew up in Idaho. Brooks attended college at the University of Utah. He is originally from Boise, ID currently living in Salt Lake City, Utah.

He is one of ten! Children, siblings (Mark, Cheryl, Jana, Lorin, Dallas, David, Holly, Keith) and is the second to youngest. His younger brother is called Nate. Hi mother is Janice and Dad is Gary. His parents are divorced and his dad is remarried and lives in Texas. His mum is still living in Boise.

Forester is quite the character, he definitely takes the awards for most adventurous type! He is the kind of who for sure does not need a lady next to him to have a good time and the type of guy any lady would want to hang out! That makes him doubly attractive! He got an invite to “Mexico: Baja and Back” where Brooks along with 10 –very-adventurous –friends and 7 motorcycles embark on a 2062 miles trip to Mexico. The adventure is sponsored by Home Away and late fellow Bachelorette contestant Eric Hill was also invited to the trip.

Minutes after crossing the Mexican border bikes start breaking down, people get lost and we battle our way south through breathtaking desert and coastal scenery. Take a look at their first two days of the trip. did we mention Brooks agreed to the whole thing without knowing how to ride a bike?

Brooks also used to model. His work bio: “An adventurer, athlete and model in his spare time, Brooks brings vision and class to our team. He knows how to treat people right, and that’s why he is the perfect person to introduce Fit Marketing to the world.”

Ready to see him again? Who wouldn’t!