George T. Conway III is the husband of political figure Kellyanne Conway whom you may know best as President Trump’s counselor, making her the highest-ranking woman in the White House.

George’s wife was born Kellyanne Elizabeth Fitzpatrick on January 20, 1967. The New Jersey native spent eight summers packing blueberries on a farm what led her to become the World Champion Blueberry Packer and pageant winner after being named the New Jersey Blueberry Princess in the early 80’s.

In 1995 she founded the Polling Company Inc./Woman Trend for which she served as its president and CEO. The veteran political operative has spent the last three decades advising Republicans on how to appeal to female voters.

Last August she was named Donald Trump’s campaign manager becoming the first woman to ever run a Republican presidential campaign.

The blonde is also a book author. In 2005 Kellyanne co-authored the book What Women Really Want: How American Women Are Quietly Erasing Political, Racial, Class, and Religious Lines to Change the Way We Live.

Due to her job, Kellyanne is a regular political commentator on CNN, Fox News, Fox Business, and more.

George T. Conway III is a wealthy lawyer from New York with Filipino roots. He and Kellyanne walked down the isle in 2001. Since then the pair have welcomed four children, including a set of twins. 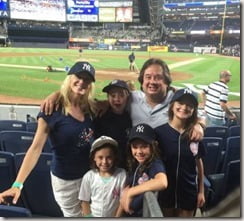 George T. Conway III is a lawyer at Wachtell, Lipton, Rosen & Katz. According to its website, he has been a partner in the litigation department since 1994, having joined the firm in 1988.

According to his impressive profile, he’s worked in mergers and acquisitions litigation as well as prominent defamation cases.

He also has extensive experience in merger-related private antitrust litigation and government antitrust investigations, including the defense of Cardinal Health in the preliminary injunction proceedings before the United States District Court for the District of Columbia in FTC v. Cardinal Health.

The husband and father of four graduate of Harvard College, where in 1984 he received an A.B. magna *** laude in Biochemical Sciences. He received his J.D. in 1987 from Yale Law School, where he was an editor of the Yale Law Journal.

In 1987 and 1988, he served as a law clerk to Circuit Judge Ralph K. Winter, Jr. of the United States Court of Appeals for the Second Circuit.

According to online info, In 2015, George donated money to Ted Cruz in the Republican primary for president.

Check out more interesting facts about George Conway in the link below.