Rapper Robert Cooper Phillips better known for his stage name Koopsta Knicca, has passed away due to a stroke at age 40.

According to Rolling Stone, Koopsta Knicca died early Friday in Memphis from complications from a brain aneurysm and stroke.

Robert was a member of the Memphis hip-hop group Three 6 Mafia. DJ Paul confirmed his death to the Commercial Appeal, saying in a statement that the rapper “went in peace.”

… Everyone who knew Koop knew he was very funny and the coolest guy ever. He will be missed. We made classics together that’ll live on.”

He was characterized by his fast rap, which made him one of Three Six’s most recognized and lauded MCs. He was featured on all the group’s albums from 1994’s Smoked Out, Loced Out to 2000’s When the Smoke Clears: Sixty 6, Sixty 1.

Koop left the group in 2000, citing monetary disputes. Other sources say he walked out because of breach of Contract with Sony. 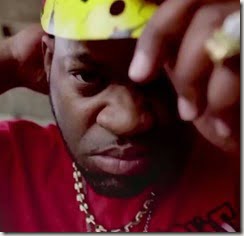 Koop also spent some time in jail, he was arrested on charges of domestic violence, assault and aggravated burglary in 2006. He had several other stint in jail.

The Memphis native had been in the entertainment scene since 1991. According to TMZ he had been hospitalized after suffering the stroke over last weekend. Koop was then put in life support but eventually lost the battle. 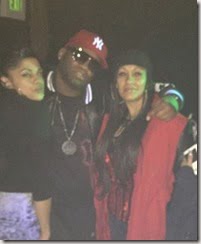 Koop is the second band member to die with the also premature death of  Ricky “Lord Infamous” who passed of a heart attack in December 2013. He was also 40 years old.

According to DJ Paul, Koop had started writing his new album Devil’s Playground 2, and had also

gotten a home in Vegas that he was supposed to move on Tuesday, but never got to even see it in person.

At this time, it is not exactly clear if he was married or if he was in a relationship with someone. Nevertheless, we send our condolences to all of his family and friends.