Kavin Girouard is a young a talented guitarist who was handpicked by Celine Dion’s late husband Rene Angelil before he passed away on January 14. Sources close to them think Rene didn’t just pick Girouard for his skills, but also because he suspected in him, Celine could find love again. But did she? Is Kavin Girouard, Celine Dion’s New Boyfriend? 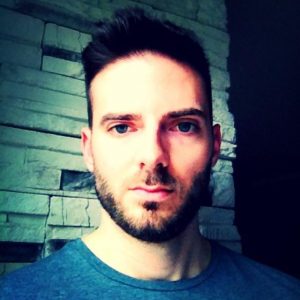 An eyewitness spoke to the media about the clear and mutual attraction between Celion Dion and 30 something guitarist Kavin Girouard.

“Kavin couldn’t take his eyes off Celine — and who could blame him!” said an eyewitness. “She looked better than ever, especially in that tiny dress.”

“And Celine was definitely enjoying the attention,” noted the onlooker. “It was wonderful to see her looking so happy.