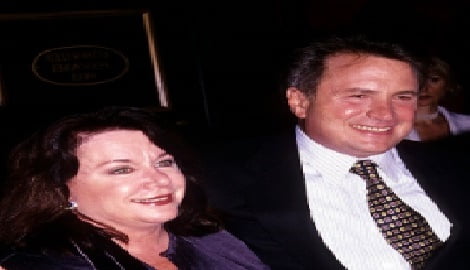 Eileen Mcgann is the long time wife of one of the most prominent political consultants, **** Morris

Her husband who is best known for helping Bill Clinton to a stunning comeback re-election victory in 1996, has been hired by the National Enquire.

Eileen Mcgann can’t be mentioned without her husband. She has been instrumental in his career.

**** and Eileen are the authors of ten New York Times bestsellers, including the #1 bestseller Catastrophe. Her husband is also the radio host of the **** Morris Show.

**** Morris previously hosted a talk show on the CBS Philadelphia affiliate, WPHT, 1210 AM FROM 3-6 P.M. daily and was a contributor to The Hill and to a number of other important publications. He is a former political adviser to Bill Clinton and to fourteen other presidents or prime ministers around he world. He posts daily videos and columns at dickmorris.com

She and **** live in Delray Beach, Florida and have been married for almost four decades. The attorney and consultant Eileen McGann, worked alongside her husband **** on campaigns around the world. Together they write weekly columns for the New York Post and foxnews.com.

She has written extensively about the abuses of Congress and the need for reform.

As part of his work with Vote.com, **** and Eileen McGann — founded Legalvote.com, an online jury focus group service. They have conducted online focus groups in over 100 cases, and their clients include two of the top insurance companies in the United States, as well as many of the major plaintiff lawyers in the nation. Eileen McGann serves as the CEO of Vote.com

Aside from  his work with former president Clinton, her husband has handled the winning campaigns for more than 30 senators or governors including Republican Senate Majority Leader Trent Lott and former Governors Bill Weld of Massachusetts and Pete Wilson of California.

In recent years, Morris has turned to foreign campaigns and served as chief strategist for Mexico’s reformer Vicente Fox in his upset victory in July, 2000 over the PRI after the party had ruled the nation for 71 years. He also was the chief strategist for the winning campaign of Argentina’s president Fernando de la Rua in November, 1999. He also worked for Jorge Battle in his victory for president of Uruguay that same year.

“Time Magazine’s most influential private citizen in America” Morris has become a familiar figure as a commentator for the Fox News Channel. He makes over four hundred appearances each year and is well known for hard-hitting, nonpartisan, objective commentary about the U.S. political scene.