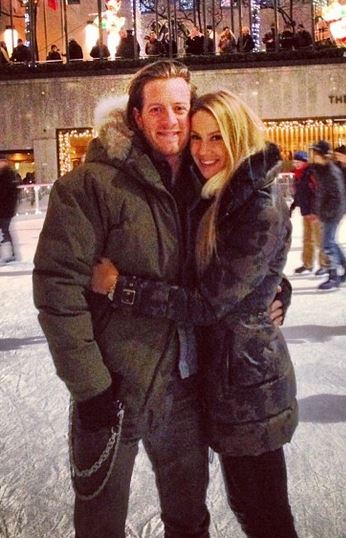 Well, one half of Florida Georgia Line really likes to keep his personal life under wraps. At least when it comes to his girlfriend Hayley Stommel.

Tyler Hubbard is very into his girl but nothing doing with any facts about her. Although we have got a picture of Tyler with his mom at an award show earlier this year.  That was sweet!

We think that he’s trying to save her a lot of grief. Fans always seem to resent the girlfriends of young and popular musicians. In fact we read on his twitter account that he was thinking of cutting off his social accounts for this very reason.

Florida Georgia Line was the top winner, with six trophies, including new artist and single of the year for the Cruise remix with Nelly. They have been touring with Luke Bryan, another big winner last night.

Florida Georgia Line set a record for weeks atop the country singles chart. Both were left off the Grammy Awards nomination last week, however, and have been at the center of the debate over modern mainstream country. But, we’re sure that the success FGL is enjoying right now won’t be affected by this.

But I guess you already know that, want to know about Tyler’s pretty gal?

Remember to be nice!