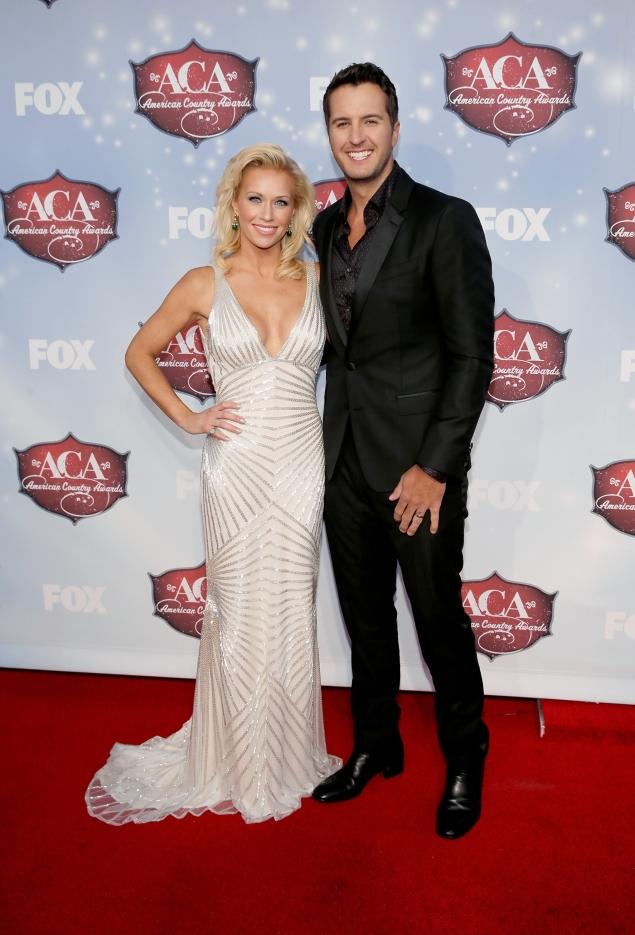 Beautiful Caroline Boyer first met Luke Bryan when they were at college. They both attended Georgia Southern University, and she is a member of Alpha Delta Pi sorority. They broke up for 5 years, but eventually got back together and married on December 6, 2006. Happy seventh annivers

They have two adorable sons together, Thomas Boyer Bryan “Bo” born on March 18, 2008 and Tatum Christopher Bryan “Tate” born on August 11, 2010. They want to give their children a great Christian backround where they know how to act. Good parenting is a priority with them both.

Luke gave Caroline a Valentine day present only a mother could love! He let her sleep in! They had a day of just enjoying each other and then he also took her to dinner.

For the first time, Caroline appeared on one of his music videos. She is on the “Crash My Party “ clip and Luke shared some behind the scenes footage of the video.

Last night Luke Bryan picked up Male Artist of the Year and Touring Artist of the year at the American Country Music Awards. He’s won a total of eleven awards in this venue, more than any other artist.

Luke seems to have it all, a beautiful and loving wife, two adorable sons and a very successful career as a country singer.