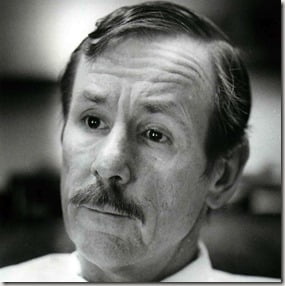 42-year-old Yvette Carroll is the daughter of the man who began what is now known as the Dallas Buyers Club, we are talking about Ron Woodroof. Becoming his “own physician” her father sold the drugs to AIDS victims around the world who had no other recourse. In the face of the FDA and other regulators.

Her father, was an extraordinary character who was diagnosed with AIDS in 1986 and given just six months to live.

Instead of accepting the death sentence, Ron studied the disease and its effects on the body, and created a business sourcing and smuggling non-FDA approved medication, experimental and alternative drugs for AIDS patients.

His determination and tenacity enabled him to live for six more years – during which time he pushed legislation through the courts, promoted awareness of the disease and helped countless other AIDS patients in the process.

And we’ve all heard the rest, becoming an activist an folk hero. His daughter Yvette remembers him fondly

‘I remember he was the best-looking man I’d ever seen, even when I was little,

During the making of the movie famously portrayed by Matthew McConaughey, the family wasn’t involved but the 42-year-old said of the actor’s astonishing physical transformation

“It was awful to see him like that. I couldn’t handle it, even at 21 years old,” she recalled of visiting him in the hospital.

“They must be starting the movie with him sick, so it’s hard to see. But I can’t wait to see how he portrays him.” 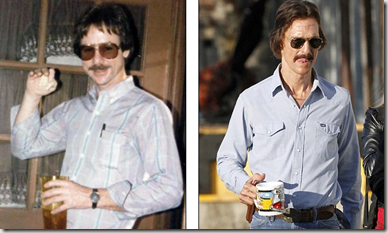 Yvette and her family were absent from the movie, her father was portrayed as a solo character instead. She said she used to call her father “Ronnie.” In the film, Ron is portrayed as a part-time rodeo cowboy and electrician prior to his diagnosis; he has a threesome with two women in a rodeo stall and is seen cracking misogynistic and homophobic jokes with his buddies while on break from work. The real Ron was indeed an electrician who worked as an independent contractor with sporadic employment. But though the film begins and ends with him in a rodeo setting, Woodroof was only a rodeo enthusiast, not a rider.

Now, the life and work of her father and a film which took 20 years to make, is giving the chance to win an Oscar to both Matthew McConaughey and Jared Leto; and having six nominations overall.

You can check out the Dallas Buyers Club Facebook page here.