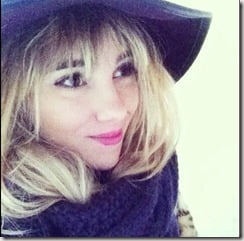 Bradley Cooper was spotted leaving the ELLE Style Awards with British model and Vogue favorite Suki Waterhouse on February. Reportedly, Cooper has invited Waterhouse to Los Angeles so they can get to know each other better.

“Bradley has been texting Suki every day since they met,” a source revealed to Radar Online. “He wants her to come to Los Angeles and visit him; he’s intrigued by her and she’s very interested in him”. “They’ve penciled in a date for when she can come over and they can spend some time together. Bradley wanted to arrange something before he starts promoting The Hangover Part III, which will take up a lot of his time.”

21-year-old Suki Waterhouse, aka Suki Alice, was born in London. She is a model, photographer, and actress. Suki was scouted when she was 16 and dropped out of school for modeling. She is the new face of high street retailer TK Maxx, famed for it’s designer brands-for-less, and also posed as the face of Marks & Spencer lingerie. Suki is represented by Next London agency. According to IMDb, she has appeared in the remake of 1996 classic “Pusher”, short film “Rachel”, and on the TV series “Material Girl”.

Suki is a regular on the fashion scene, she met Georgia Jagger when she was just 11 and is friends with Clara Paget and fellow model-of-the-moment Cara Delevingne. Suki used to date The Kooks frontman Luke Pritchard back in 2011.