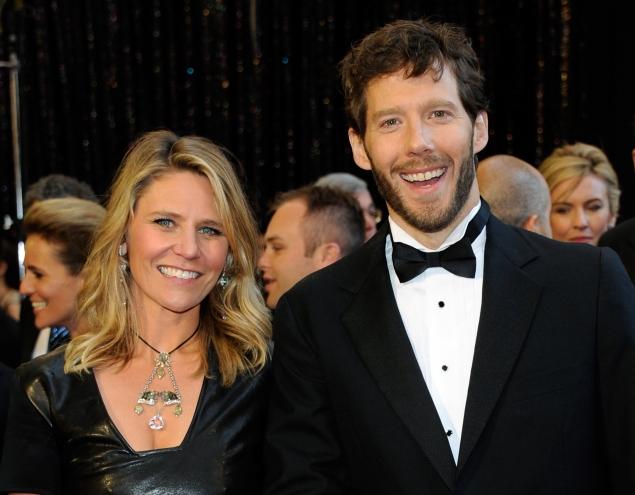 Jessica Trusty, wife of Aron Ralston, the man who cut off his arm to save his life while mountain climbing, must be wondering how Aron came to be arrested on Saturday.

Although to tell the truth, we’re not sure if they’re still together.  When they got married in August of 2009, they had known each other for about three years. She is a well known artist in Colorado, and attended Naropa University, a private liberal arts school from 2008 thru 2012.  They have a son, Leo, who was born in February of 2010.

Aron said of his son, “He’s teaching me, ironically, about being in the outdoors. I find myself making better decisions than I probably ever have before. He’s teaching me, as difficult a lesson as it is, that there is something, someone more important in my life than me.”

Ralston, 38, was arrested Saturday night and is being held in the Denver City Jail facing one count of assault and one count of wrongs to minors. The exact circumstances of the alleged abuse are not clear and the Denver police are not releasing additional details at this time. He is scheduled to appear in court on Monday afternoon. In suspected domestic violence cases, a defendant cannot bond out of jail before appearing before a judge.

Denver property records list the owner of the single-family residence as Vita Shannon, 38. Police arrested Shannon at the same time and address as Ralston, and she faces the same charges as those filed against Ralston.

So, what really happened here? Who is Vita Shannon and what is she to Aron? Where is Jessica Trusty in all this? We’ll just have to wait and see what happens Monday afternoon at the court hearing.