Erik Asla is a Norwegian photographer and the former boyfriend of super model and businesswoman, Tyra Banks.

45-year-old Tyra is making a splash as she comes back from retirement and covers the Sports Illustrated Swimsuit 2019 issue –effortlessly sending the message, 45 didn’t look so good!

Tyra made history as the first black woman to appear on the cover alone in 1997. The latest cover comes more than a decade after she retired from modeling in 2005.

It was not too long ago when the SISwim legend dated, hunk photographer Erik Asla. The two were together for about five years from 2013 until their split in 2017.

The ex’s share one son born via surrogacy. The two welcomed York Banks Asla in January of 2016. At the time of the split the couple announced they would remain friends and will continue to co-parent their child. 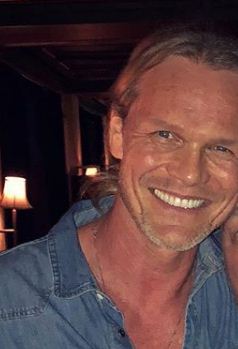 During their time together, Tyra gushed about her man saying “It’s so nice to be able to do things together,” “Because we love each other, I can be like, ‘I hate this shot, what is this?’ and he can be like, ‘You stand there and you stare into my camera.’

Erik Asla was born in 1964 in Norway, however he moved to Los Angeles to further his photography career and studied under the legendary image-maker, Herb Ritts.

Asla’s work has appeared in numerous and important publication such as Allure, Bazaar, Dwell, Elle, Glamour, GQ Australia, Marie Claire, The New York Times Magazine, Vogue and Vanity Fair. He has also shot for Calvin Klein and Saks Fifth Avenue. Of course, his website is filled with amazing photos of Banks too.

Erik Asla met Tyra on the set of Norway’s Next Top Model. The two were spotted holding hands and kissing during a lunch date.

His social media doesn’t reveal much about his personal life, he enjoys a low profile and focuses on his work. However, we do know from Instagram photos, in addition to York –Erik is also the father of three daughters from previous relationships.