Stephanie Erickson is the distraught mother of Devon Erickson, the high school student who opened fire at a STEM school in Colorado.

During the latest shooting a student died and at least eight others were injured. Stephanie’s son didn’t act alone, Devon and another student named as, Alec McKinney –started shooting inside classrooms at STEM School Highlands Ranch Tuesday afternoon.

There’s been confusion while trying to identify the second shooter who is said to be younger. Alec is named in court records as Maya McKinney, but a Denver TV station reports that McKinney is transgender and transitioning to male. 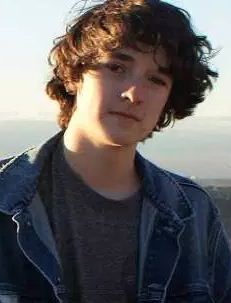 At some point after opening fire using handguns, the shooters were tackled by other students trying to stop them. One of those students, 18-year-old Kendrick Castillo, died after engaging with one of the shooters.

In addition to being a student at the K-12 STEM School located in Douglas County, Devon Erickson has worked as a youth actor in Colorado.

The 18-year-old who is active on social media –is a fan of videogames, paintball, skateboarding, and The Walking Dead. His Facebook posts indicated that he was a guitar-playing youth theater actor who once sent his resume to TWD. He also appears to have a YouTube channel that contains videos of him playing guitar and singing.

Devon Erickson’s Facebook page says he lives with his family in Highlands Ranch, Colorado. Stephanie and her husband, James are the parents of the teen. Stephanie deleted her social media page shortly after news broke of the shooting.

56-year-old Stephanie told The Post that she doesn’t know why her son opened fire on his classmates. While crying, the devastated mother said after being asked if her son had been bullied “I don’t know” “I’m sorry, I just can’t talk right now. Thank you.”